Maestro Telugu Movie OTT Release Date: Here are the latest updates of Nithiin’s Maestro Movie OTT Release Date, Digital Rights, Satellite rights and more. Maestro is the 30th milestone film in the career of hero Nitin and is being made under the direction of Merlapaka Gandhi. Makers released First Glimpse today after giving Pleasant Surprise with a recent First Look poster. Nitin appeared in these glimpses like never before. 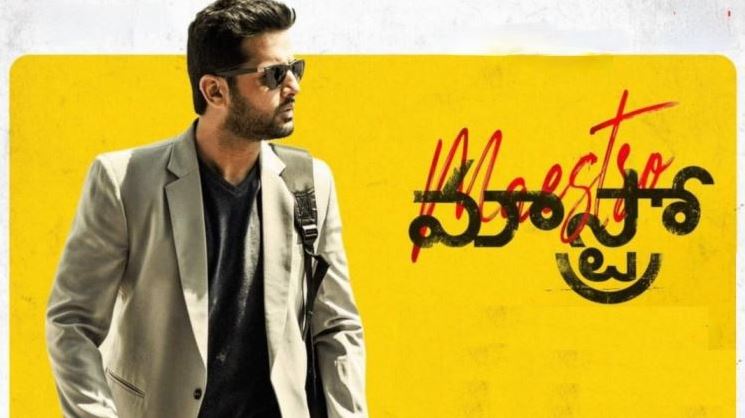 The First Glimpse video, which begins with Nitin playing the piano, ends with Sean trying to kill him by drowning him. Nitin performed exceptionally well in this particular sequence. Mahathi Swarasagar BGM is awesome in this video. Nabha Natesh plays Nitin Jodi in the film, which stars Tamanna Bhatia in the lead role. Maestro is one of the crazy projects in 2021.

Actor Nithiin’s upcoming movie Maestro, which is the Tollywood remake of Ayushmann Khurrana’s Bollywood movie Andhadhun, has commenced shooting the final schedule of the film in Hyderabad. Maestro is probably the first Telugu film that has resumed shooting after the second wave of COVID-19.

Two crazy heroines Tamanna Bhatia and Nabha Natesh are part of this movie. Mahathi Swarasagar, who gave super hit music to the movie ‘Beeshma’, is composing the melodious tunes for this movie. The movie is being produced by Sudhakar Reddy and Nikita Reddy under Sresht Movies banner. Yuvraj is working as a cinematographer.

Actor Nithiin will be reprising Ayushmann’s role, while Nabha Natesh will be stepping into the shoes of Radhika Apte’s character from the original. Actor Tamannaah Bhatia, who was recently seen in thriller web series November Story, will be reprising Tabu’s role from Andhadhun.

Considering the current situations, many producers opting for direct OTT release options. Similarly, some talks are going on in Tollywood circles that makers are planning for a direct OTT release but there is no authentic information regarding this. So, stay tuned with Telugu Aha for more updates.

After having a great run at the box office and receiving rave reviews from critics as well as fans, Bollywood film Andhadhun is now being remade in south Indian languages such as Tamil and Telugu. Starring popular Tollywood actors Tamanaah Bhatia and Nithiin in the lead, the Telugu remake is gearing up for direct OTT release, as per the latest reports from Tollywood film circles.