Nikhil Upcoming Telugu Movies List 2022, 2023: Nikhil Siddharth started his career with Hyderabad Nawabs, later he got a chance in Shekar Kammula’s Happy Days and from there he never look back as he created his own identity with his films over the years and now he became a Pan India star with the film called Karthikeya 2 as Nikhil’s first 100 crore film, with that confidence he lined up some crazy projects and stay tuned with us for a while and find out his upcoming films. 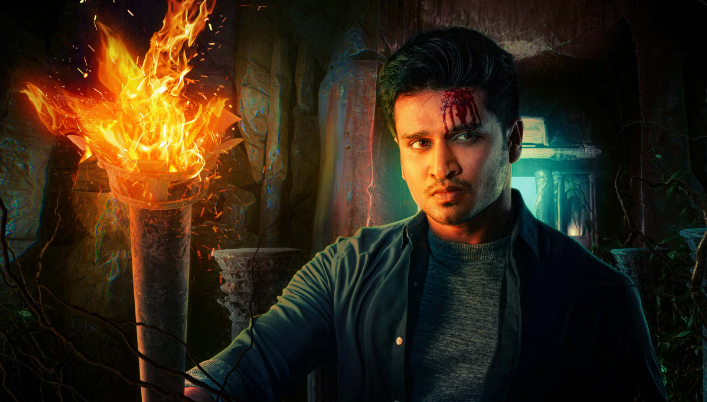 Nikhil began his career on the film Hyderabad Nawabs as an assistant director. Before starring in Happy Days, the first film in Tollywood with an overseas release date before the Indian release, he played small roles in a number of films. Nikhil portrayed the son of an MLA (member of the Legislative Assembly) in the film, which was directed by Sekhar Kammula, a recipient of a National Award. One of the rare low-budget films released in 2007 that was able to achieve enormous box office success is Happy Days.

Both are complete contrast films and 18 pages story written by brilliant filmmaker Sukumar and Spy is helmed by editor Gary BH, However, apart from these, Karthikeya 3 might go on floors after Nikhil finishes all his commitments, However,  stay tuned to find out about the upcoming movies of actors, actresses, and directors.