Nenu Meeku Baaga Kavalsinavaadini Movie Review: Despite the result at the Box Office, Young hero Kiran Abbavaram who is been doing back-to-back films, recently came up with a film called Sammathame but it didn’t fare well and now he came up with out and out mass entertainer called ‘Nenu Meeku Baaga Kavalsinavaadini’, the films trailer and songs grabbed the attention and created some expectations, well carrying that expectations the film has released today September 16, 2022, and let’s dive into the in-depth review and find out whether the film lives up to the expectations are not. 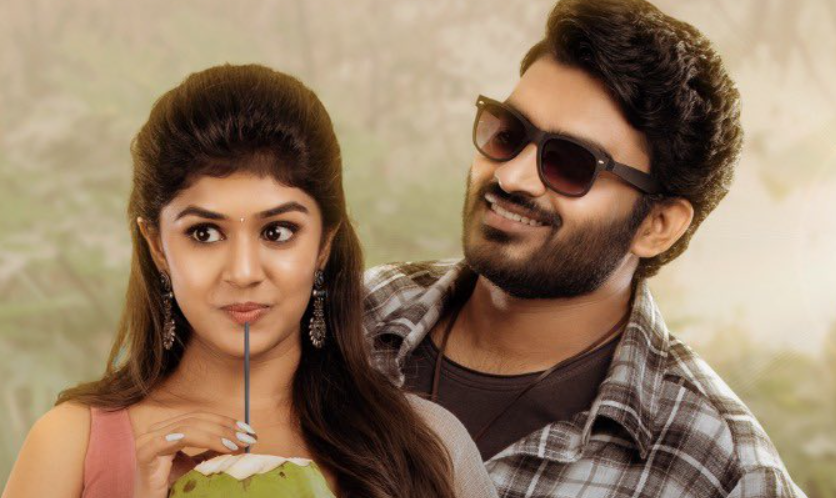 A carefree guy works as a cab driver, one fine day he saves a girl from the goons and fell in love with her, eventually, she also fell in love with him, but things are not smooth as it seems, her father refuses her love and he decided to convince her father to marry her, Finally, will he marry his love is forms rest of the story.

Nenu Meeku Baaga Kavalsinavaadini has an outdated plot, as the film runs on a very thin emotion of Daughter and father emotion as we have seen this template over the years and It’s unbelievable that such movies are coming in 2022, Once upon a time, people used to watch commercial movies even if there was no story but things have changed a lot, Now if there is no story, the audience will ruthlessly flop the movie, let’s see how the audience will receive the movie.

The first half went with a few comedy scenes, songs, and action sequences, but none of the elements engage you, and the second shifts into more of an action which didn’t suit Kiran Abbavaram, from the film start to end we get to lackluster performances, unnecessary scenes and direction less screenplay, interestingly screenplay and dialogues provided by Kiran Abbavaram, better he should concentrate on his performance.

Kiran Aabbavaram is imitating himself right from SR. Kalyana Mandapam to Nenu Meeku Baaga Kavalsinavaadini and Sanjana Anand has some scope to perform but she failed to emote few emotions after a long gap S.V Krishna Reddy made key role in the film, unfortunately, his character has no scope to perform and rest of the cast just okay.

Sridhar Gade failed to engage the audience and Kiran Abbavaram failed to write an engaging screenplay.

Technically, Nenu Meeku Baaga Kavalsinavaadini is not up to the mark, Raj K Nalli’s visuals are okay, Manisharma’s songs didn’t register but he impressed with his background score in a few scenes, and the rest of the technical team did well.

Finally, Nenu Meeku Baaga Kavalsinavaadini is an outdated commercial film, if you’re a fan of Kiran Abbavaram then go for it.