MS Raju Wiki and Biography: MS Raju is an Indian producer and director who has mostly worked in the Telugu film industry. Two well-known movies that MS worked on are Rum and 7 Days, 6 Nights. MS’s last movie, 7 Days 6 Nights, came out in theatres in 2022. 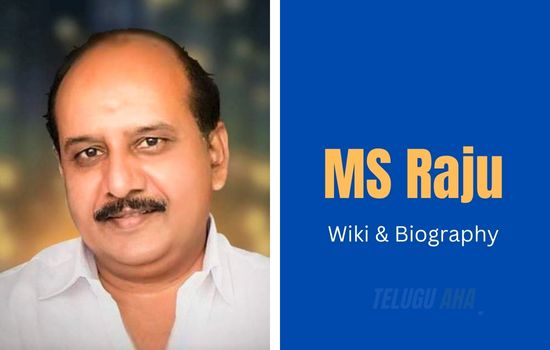 S. Raju loved movies from a very young age. After he finished school, he asked a friend to help him get started in the movie business. He was the director of the 1987 movie Manavadostunnadu, which starred Arjun and Sobhana. The good reputation of his father helped him get loans.

Rayaparaju, who was M. S. Raju’s father, owned hundreds of acres of land in what was once the West Godavari district of Andhra Pradesh. After selling all of his properties, Rayaparaju moved to Madras. Arjuna Raju, who makes the Roja Movies, is his father’s cousin. After he made his father a producer, his father made five or six movies.

In honour of his son Sumanth, he set up a brand-new production company called “Sumanth Arts.” The first movie with the name was Sathruvu, which was made in 1991 and starred Venkatesh, Vijayashanti, and Kota Srinivasa Rao. It was directed by Kodi Ramakrishna. After M. S. Raju came up with the basic idea for the movie, Satyamurthy wrote the main plot. The movie was also dubbed into Tamil. Sathruvu did well at the box office in both Telugu and Tamil.