Most Followed Tollywood Actors On Twitter: Twitter has now become Most Using Social Media Application all over the world. Celebrities, Politicians, Popular persons are followed by Millions of People. Here we are bringing you the Top 10 Most Followed Actors In Tollywood. After Twitter came into use almost all Tollywood Actors became active on Twitter than facebook.

Now Facebook has become old and Twitter is in Trending. Even Movie Promotions Mostly are being initiation thorough this Platform. Below is the List of Top 10 Tollywood Actors and their following in twitters. 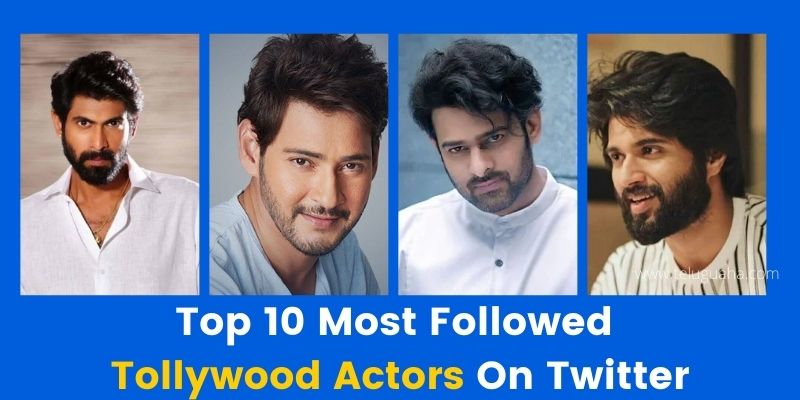 Handsome Actor Prince Mahesh Babu tops the List as the Most Followed Tollywood Actor. There may be many reasons for it. Mahesh Babu is the most handsome actor in film Industry. As all of his films gets dubbed in Hindi, followers from North also increased.

Rana Duggubati is in next place next to Mahesh babu. Rana is active on twitter with his updates. He already made his debut in bollywood. From Bahubali movie Rana came to know to more number of people in India.

Rebel Star Prabhas is now one of the Highest paid Actor in Indian film Industry. Though Prabhas is making Pan India film, still he doen’t have twitter official account. The reason behind this is Unknown. Prabhas updates are being updated by number of fans and followers.