It’s a romantic comedy film written and helmed by Bommarillu Bhaskar. Bunny Vasu and Vasu Varma jointly produced this film under pictures. The music for this film was composed by Gopi Sundar. Marthand K Venkatesh editor of this film while Pradesh Varma has done cinematography. 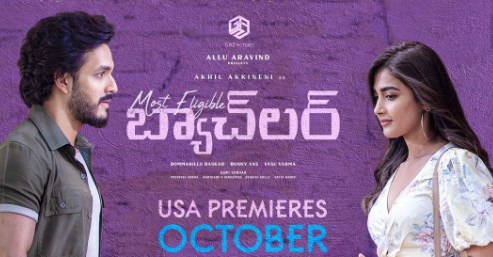 The film trailer was released a couple of weeks ago. As far as the film story is concerned, it’s the relationship between Akkineni who portrays the role of Harsha, and Vibha who is a stand-up comedian.

Akhil who has average films in his nit is coming up with the romantic drama movie Most Eligible Bachelor. He’s been waiting for a long time to make a massive hit. Director Bhaskar who is known for romantic movies has come back with this film.

The film is set to release on Oct 15, 2021, in theatres. Several OTT platforms have requested the film producer to buy digital rights. However, it’s still unclear who has bagged the digital rights.