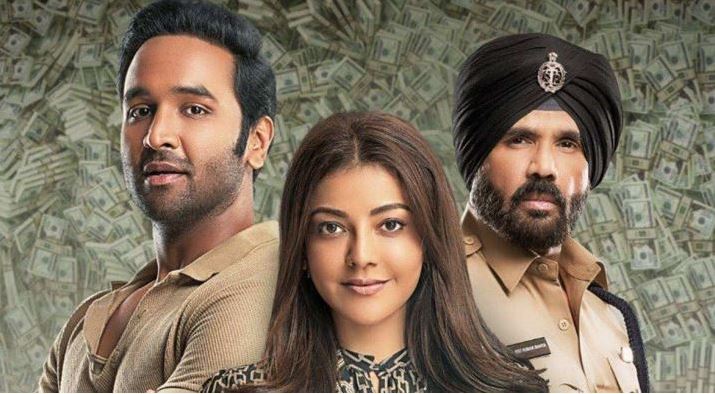 Mosagallu (2021) is the latest Telugu film scheduled for a grand release in March 2021. The film starring notable actors like Vishnu Manch, Kajal Aggarwal and others. Touted to be an action thriller Mosagallu is one of the most awaited films of Tollywood. It is a Pan India film to be released in Telugu, Tamil, Malayalam, Kannada and Hindi languages.

Vishnu Manchu who is also producing Mosagallu is all about money and cyber crime of a bank. Hollywood filmmaker Jeffrey Chin is directing the film where Kajal Aggarwal will be seen as Manch Vishnu’s sister in the film. Ruhi Singh is the female lead and Suniel Shetty plays another crucial role as the Police Investigation Officer.

Mosagallu is all about the World’s Biggest IT scam. The movie is simultaneously shot in Telugu and English languages. However, the film will be dubbed into other regional languages including Kannada, Tamil, Hindi and Malayalam.

Besides Kajal Aggerwal, The film also having Ruhani Sharma in another female lead role and she is paired opposite Manchu Vishnu in this high budget action thriller. Bollywood senior actor Suneil Shetty is playing the role of an investigation cop, the thriller drama also has Tollywood popular actors Navdeep, and Naveen Chandra in key roles.

Mosagallu is Now Streaming on AmazonPrime in Telugu Audio with English subtitles.