Mayagadu movie OTT Release Date, OTT platform, Cast, Time, Trailer, and many more details can be checked in this article. Mayagadu is expected to hit the screens on February 03, 2023. Naveen Chandra is one of the most rated actors in Tollywood, he did many films as a lead hero but failed to enter into the big heroes league, though he is a hero material flops made his career down. Because of the OTT revolution, a lot of work has been created for those who didn’t do well in main streams and Naveen Chandra has been doing back-to-back films in OTT. 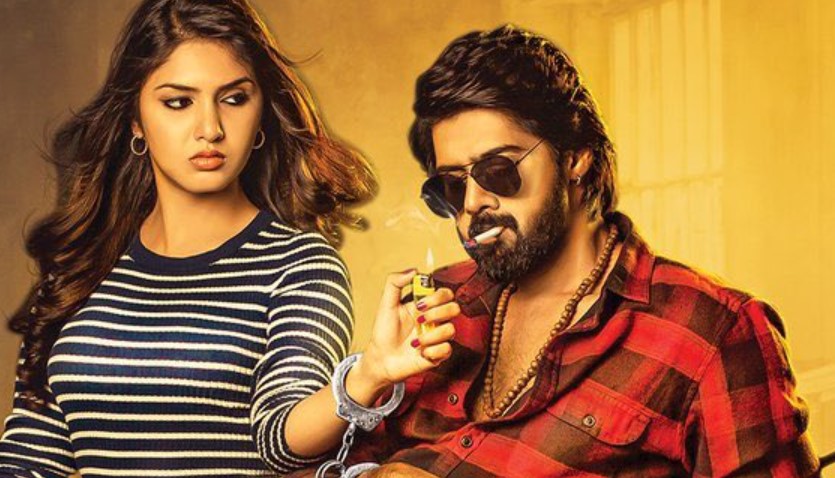 Though he is busy with a bunch of films in OTT and mainstream films his long-delayed film called Mayagadu making headlines with its trailer as the filmmakers have anounced the release date and the film is all set to hit the screens on February 03, 2023. However, the Maayagadu trailer looks quite interesting as it deals with a contemporary point that all film lovers and makers will relate to this point.

The long-delayed film Mayaagdu suddenly made the entry with a theatrical release as the film will be released on February 03, 2023. However, this film was anounced in 2019 with another title but due to unknown reasons, the film was delayed and is back with a new title called Mayagadu. Mayagadu finished its post-production and is ready to release as of now there no promotion has been started by the makers and it seems that the film will be released without any promotion.

Naveen Chandra has been busy shooting multiple films and he doesn’t even share the trailer as of now, the fact any long-delayed film will surely lose the interest of the audience as to hold the audience the makers need to give updates something about the film otherwise there is a high chance that the film would be failed at the box office.

Mayagadu ott release date is tentatively 03, April 2023 but the Digital rights details haven’t anounced yet. Naveen Chandra had done some of the best films in 2022 as he did almost 5 films in the year of 2022,  starting with Ghani starring Varun Tej, Rana’s Virata Parvam he did a brilliant performance, did a small role in Ranga Ranga Vaibhavanga and as the lead role he did a film called ‘Ammu’ he praised for his performance and this film is streaming on Amazon Prime Video and Repeat which is currently available in Disney+Hotstar.

Naveen Chandra appeared in 2023 in the film called Veera Simha Reddy but it was a very small role, apart from all these, he is been doing an untitled film starring Vani Bhojan and Amritha Aiyer which is a Telugu, Tamil bilingual film. Talking about Mayagadu’s digital rights, as of now there is no information about who acquired the digital rights as the film is all set to hit the screens on February 03, 2023, and we can expect all the details to be revealed after the theatrical release.

Gayathri Suresh made a debut with the film called Jamnaya Pyari and she did a Telugu film called Nenu Leni Naa Prema Katha touted to be a time travel flick which was released in 2021, after that she did a few films across the languages like Mahi, Escape, Uthami and another Telugu film called Gandharwa starring Sandeep, however, let’s hope this Mayagadu film bring success to her.

Another female lead Pooja Jhavare made her debut with the film called Bham Bholenath starring Navdeep which was released in 2015, after that she did a film called Dwaraka starring Vijay Devarakonda, a special appearance in Raviteja’s Touch Chesi Chudu, Bangaru Bullodu, however, apart from Matagadu she is been a part of Kitty Party and Echo. Talking about the OTT release date, there is no information about the OTT release date yet as we can expect the OTT availability after 6 weeks of the theatrical run until then stay tuned with us.

Mayagadu makers haven’t revealed the story yet as we go by trailer it deals with Telugu cinema piracy where the lead hero does a piracy business and all the fans targeted him to break his business how he manipulates all the fans is the crux of the story.

Naveen Chandra, Pooja Jhaveri, Gayathri Suresh, Abhimanyu Singh, Kabir Duhan Singh, and others, and the film is directed by G. Karthik Reddy, Anup Rubens composes the music, Venkat Gangadhari is the cinematographer and the film is produced by Bharghav Manne under the banner of Swathi Pictures.

Mayagadu makers have dropped the trailer and it looks interesting, the point is quite captivating if you want to watch the trailer do check them out below.

When is Mayagadu OTT Release Date and Time?

Not Declared, Mayagadu movie makers have not yet announced.

Where can we watch Mayagadu?/ Where Can I see Mayagadu?

Theater, Mayagadu movie will hit the screens on February 03, 2023

Not Declared, Mayagadu movie makers have not divulged yet.

Is Mayagadu hit or flop?

Not Declared, Mayagadu movie has not been released so we can not say Hit or Flop

Is Mayagadu Movie available on Netflix?

Is Mayagadu available on Prime Video?

Is Mayagadu available on Aha Video?

Is Mayagadu Movie available on Hotstar?

Mayagadu is billed as a comedy-drama that is going to be released on February 03, 2023.