Mani Sharma Wiki and Biography: Mani Sharma Yanamandra is well-known in Tollywood as a music director. Sharma worked for M. M. Keeravani before he became a music director in Tollywood. He has written music for more than 100 movies. He is known as “Swara Brahma” because of what he did for the musical part of the Tollywood film industry. His music for Heroes worked perfectly with the show. 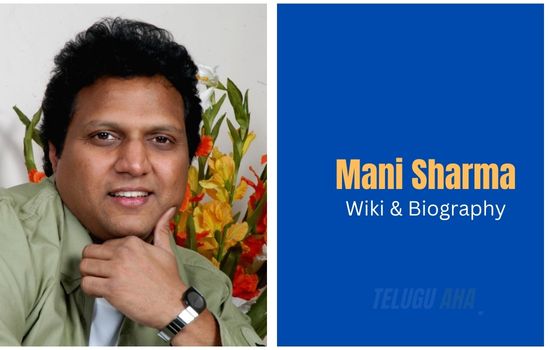 Since he started working as a music director in 1998, Mani Sharma has written the music for more than 110 full-length movies. He wrote music for movies and well-known heroes, and his crowd-pleasing, heartwarming, and foot-tapping tunes won him a lot of fans. Many of his songs are now considered standard music industry fare.

Mani Sharma started making music at a very young age. We don’t know much about his background or where he went to school, but we do know that he is a musician.

Mani Sharma was born in the Krishna district of Andhra Pradesh, in the city of Machilipatnam. He was born there and grew up there. Mani Sharma started his career as a keyboard player in the late 1980s. He worked for the famous and well-liked music director Late Sri Satyam.

He has travelled all over India and the rest of the world with the famous Indian playback singer Sri S.P. Balasubramaniam, with whom he is best known for playing the keyboard on stage.

Mani Sharma is a well-known keyboardist who works as a freelancer. He has worked with many well-known music directors to make songs in all of the languages spoken in South India, as well as in Hindi, Oriya, and Bengali. In 1997, he got his first chance to be a music director. In just two years, Mani Sharma used his skills to become a well-known Music Director in the Telugu film industry.

He has a lot of experience with small-screen media because he has made music for many movies, TV shows, documentaries, and commercials. He got across the idea that fusion is fine as long as it doesn’t cause confusion.
In Morning Raga, Mani Sharma does a great job of mixing old and new styles.

Given the number of international awards it has won, it is safe to say that this risky move paid off. Many people thought the best thing about the movie was its authentic Carnatic score, which had beautiful pieces with strange beats and ethereal vocals that sounded really cool.