Mammootty’s Puzhu Telugu Dubbed Movie: Malayalam Superstar Mammootty’s much-awaited film ‘Puzhu’ has finally been released on SonyLiv. Mammootty has been doing several movies and Puzhu is one among them, the trailer has grabbed the attention that it looks quite different. As we all know Mammootty has been doing experimental films from the beginning of his career. I’m sure Puzhu will be one of the most experimental films. So let’s dive into the in-depth review of Puzhu and know whether the film is worth watching or not. 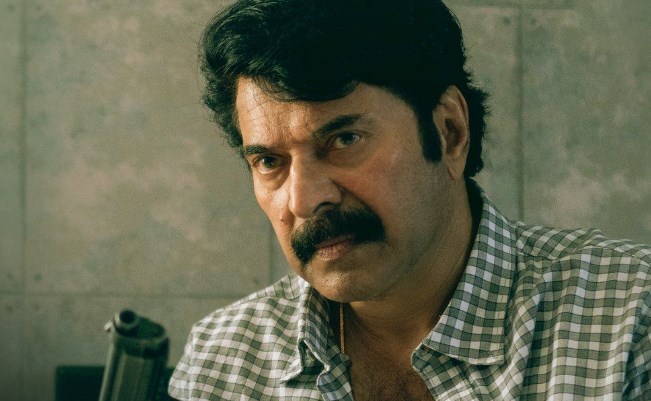 Puzhu’s story depicts the typical relationship of a strict father and a mentally disturbed son. on the other side, he investigates a case that changes his dynamics of life.

Puzhu stars Mammootty and Parvathy Thiruvothu, the film was directed by Ratheena, cinematography has done by Theni Eswar, music has done by Jakes Bejoy and the film is produced by S George, the film is backed by SonyLiv.

Puzhu is a different film, in terms of treatment and the way debutant director Ratheena dealt with it quite well. Though the film is a crime thriller yet it underlying how the human relationships changes in every situation. Puzhu is a one-man’s journey about his personal and professional life.

As we all know Malayalam movies are slow-paced and Puzhu also falls under this category, but the intense character design and the dark premise hooked you throughout the movie. The best part of the movie is Mammootty and Parvathy’s combination, they have shared screen space for the first time.

Mammootty always nails any character and in this film as a strict father and secret agent the two shades he pulled off effortlessly, Parvathy is just fantastic as usual, and the rest of the cast did well.

Puzhu is one of the well-written stories in recent times, and director Ratheena did a brilliant job, as she brilliantly showcased how kids are mentally disturbed when a parent behaves strictly.

Puzhu looks technically brilliant, the Theni Eswar’s dark visuals and extreme close-ups make you get into the world of Puzhu, and Jakes Bejoy’s music is one of the major highlights, he enhanced the intensity of the Puzhu movie with his background music.

Finally, Puzhu is a must-watch film, moreover, Puzhu needs to be experienced not explained. the film is currently available in SonyLiv with Telugu audio, go watch and you will love it.