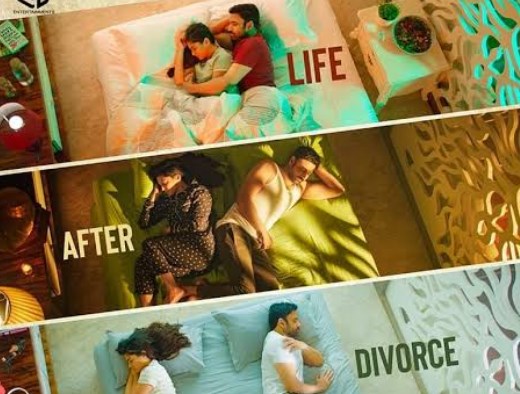 Main story part is almost revealed by actor sumanth by the Poster that released. He also said that it is a tale about divorse and remarriage first time showing in Telugu Cinema. Poster with lines “Life after divorce” showing couple first close and later divided. Complete story may revolve around Marriage and Divorse.

Suhasini Manirathnam is playing the role of single mother and Vennela Kishore acting as Kishore whose marriage has No Motivation as titled in poster. Anup Rubens has composed the Music while Cinematography was done by GRN Siva Kumar.

Sumanth also revealed for a question when asked about his second marriage details. He said he wantedly made spread rumours, specially designed for this movie. Other details of this film are given Below .

Malli Modalaindi Release Dates weren’t announced by film makers. Actor Sumanth Recenly Released its Poster through Social Media. At present Movie is in Shooting Shedule. As Corona Pandemic is still on so makers are not finalising the release dates immediately.

Many Big Movies like RRR, KGF, Akhanda, Pushpa etc.. are lined up for release at the end of this Year. Makers had also didn’t made any statements on this films release. Rumours surrounding that it would release directly on OTT Platform. Sumanth himself may Soon announce on these details also.