Coming to the Story.. Its like a presentation of Sulemein Malik’s Journey from Childhood to Middle age. Timeline starts from the period of 1960’s. Malik arises as a Powerful Leader among People in Kerala’s Coastal areas. 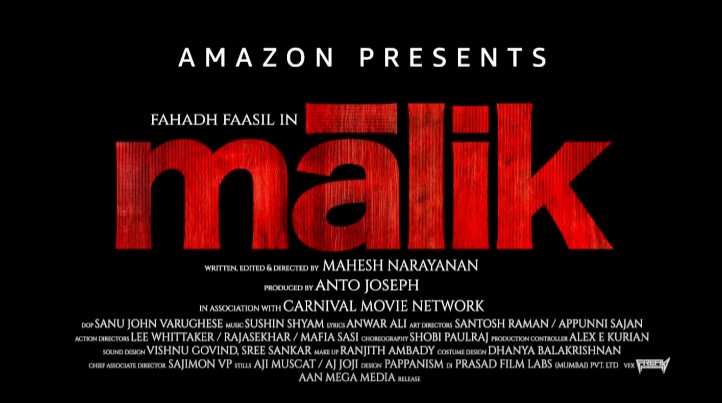 Fahad Fasil, Nimisha Sajayan and Joju George are in the main roles. Mahesh Narayanan directed and Anto Joseph produced it under the banner of Anto Joseph Film Company. Sushin Shyam composed music and Cinematography was done by Sanu Varghese.

Story is based on the real incident that happened in Kerala. Its is said to be the biography of Leader who died in 1986. He striked down all the romours pertaining to its story. Below are the details about other crew members of this film.

Malik’s Digital Rights were Sold to Amazon Prime at whopping rate. Prime being the biggest OTT has purchased its streaming rights. This movie’s Making completed on Budget of 27crores. Makers are expecting a block buster hit. Fahad fans are also awaiting for its release.

Malik is going to Stream on Amazon Prime from 15 July 2021. Shooting began on 3 September 2019 and closed 18 January 2020. Earlier it was slated to release In April 2020, But Because of Corona Pandemic its been postponing.

Watch latest movies only in Theatres or on OTT’s. Downloading Piracy content is Illegal and may face serious legal consequences. Piracy Hacks your Devices, so becareful and Say No to Piracy.