Hyderabad, 12th July, 2o22: After presenting two intriguing Mahasangamam episodes of Inti Guttu and Mithai Kottu Chittemma, Zee Telugu is back with yet another exciting offering for its audience. The channel is all set to present two dramatic and enthralling Mahasangamam episodes of Oohalu Gusa Gusa Lade and Gundamma Katha on July 13th and 14th from 1 pm to 2 pm, which will keep everyone hooked to their TV screens. 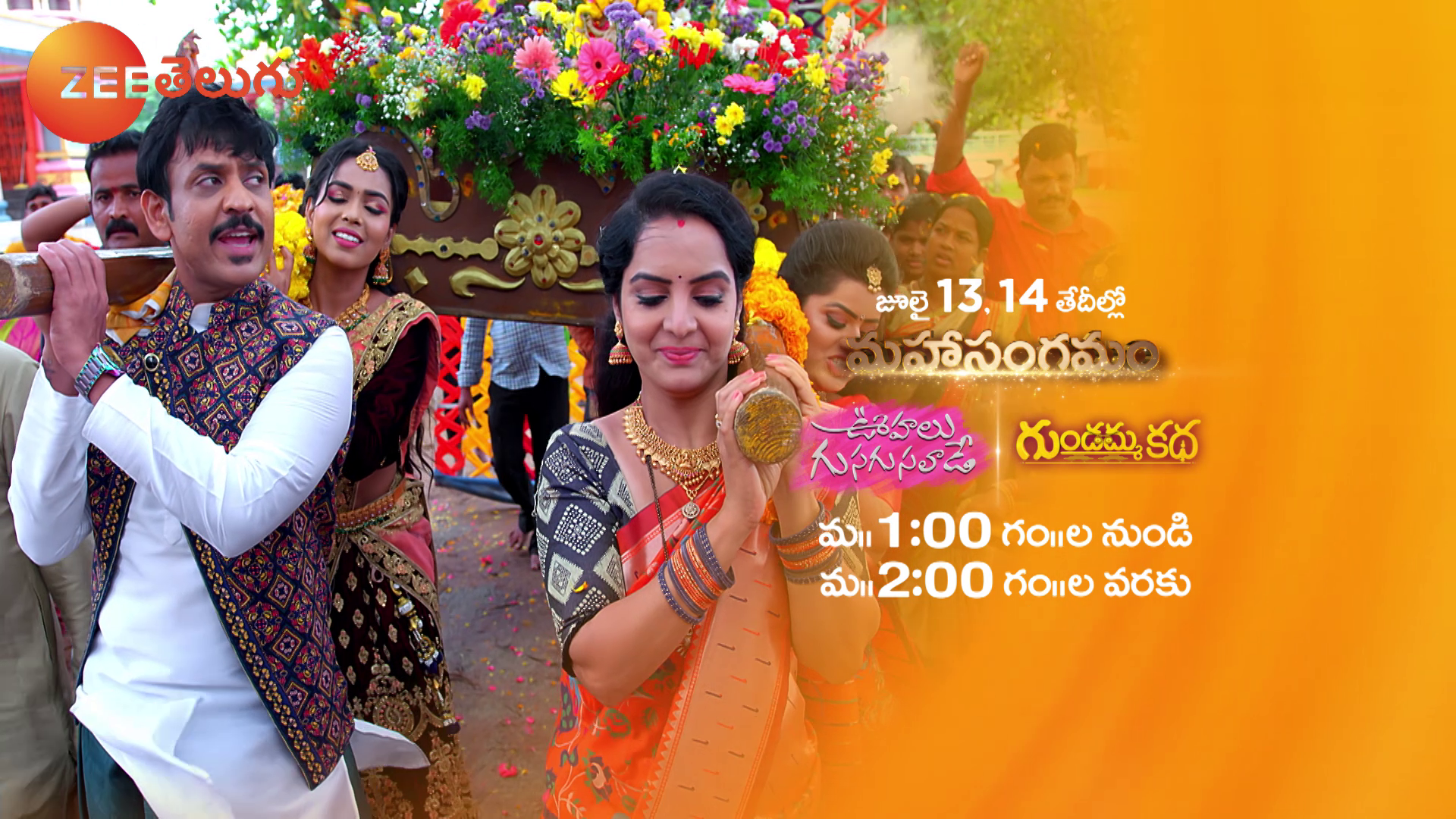 During the Mahasangamam episodes, viewers will witness Manikyam (from Gundamma Katha), Jayanthi (from Oohalu Gusa Gusa Lade), and a few others preparing to perform some rituals since their village is organizing a religious ceremony after the village goddess sheds tears of blood. As a part of the ceremony, the entire village will be obligated to sacrifice all their ornaments (Niluvu Dopidi) to the Goddess and all the villagers agree to do so. However, the antagonists make an attempt to play spoilsport and bring shame to Manikyam and her family in front of the villagers. How the lead jodis of both the shows avert this humiliation through a series of twists and turns forms the crux of Mahasangamam and these high-octane episodes will keep everyone at the edge of their seats.

For the uninitiated, Oohalu Gusa Gusa Lade and Gundamma Katha have distinct storylines, however, both the shows aim to break societal stereotypes. Their plots are so engaging that they have gone on to build a cult following for themselves. With enthralling and exhilarating Mahasangamam episodes of both the shows coming up and the audience are surely in for a treat.

To watch the exhilarating Mahasangamam episodes of Oohalu Gusa Gusa Lade and Gundamma Katha, tune in to Zee Telugu on July 13th and 14th from 1 pm to 2 pm