Hyderabad, 19th July 2022: Zee Telugu has always been at the forefront in keeping its viewers thrilled and entertained with a slew of unique concepts and shows, including Mahasangamam
episodes. In fact, it is always exciting for the audience to watch their favourite characters from two different shows sharing the screen in such Mahasangamam episodes. With Bonalu just
around the corner, viewers were quite keen on watching a special episode of two shows that are devotionally relevant and guess what, Zee Telugu has planned just that! The channel is all set
to telecast a thrilling Mahasangamam episode of Mukkupudaka and Trinayani that will surely keep everyone glued to their screens from 8 pm to 9 pm on Wednesday, 20th July 2022. 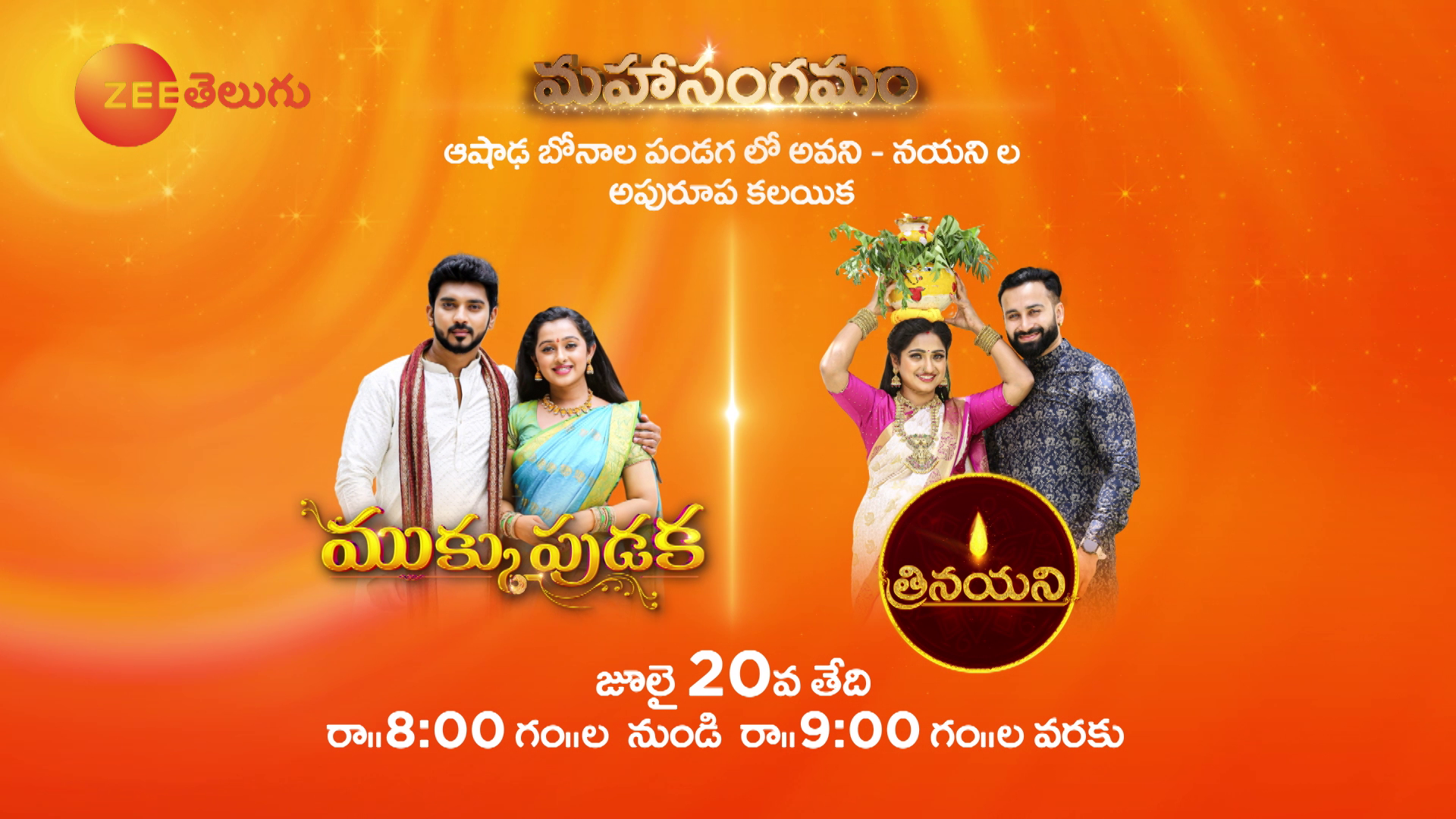 The episode will kick off with Nayani, Sumana, Hasini, and their family (from Trinayani) crossing paths with Vedavati and her family (from Mukkupudaka) at a temple amid the hustle and bustle
of the Bonalu festival. At the same time, Srikar and Avani (from Mukkupudaka) will also be seen visiting the temple to witness the festivities and so is the case with Surendra who is desperately
waiting for a chance to take revenge on Avani. When he finds her at the temple, he decides to set her on fire. On the other hand, Thilottama comes up with a notorious plan to kill pregnant Nayani. Who rescues both Avani and Nayani from the evil designs of Surendra and Thilottama is what makes the episode a gripping thriller. With plenty of twists and surprises in the tale, the
episode guarantees an edge-of-the-seat experience and will surely take the viewers on a roller-coaster ride of emotions!

For the uninitiated, Trinayani is one of the top shows of Zee Telugu that has made its mark with its unique and gripping narrative. On the other hand, Mukkupudaka is a new offering which has, in a short period of time, won the hearts of the viewers for its relatable family drama. With two unique and devotional narratives coming together for a Bonalu-special Mahasangamam episode, we are sure you cannot miss this one!

Watch the gripping Mukkupudaka – Trinayani Mahasangamam on 20th July from 8 pm to 9 pm, only on Zee Telugu.