Maate Mantramu Movie OTT Release Date: Niharika’s Suyakanthama and Aha’s web series fame  Rahul Vijay’s upcoming flick Maate Mantramu, on the occasion of his birthday makers have announced the first look and it looks quite refreshing and Megha Akash is playing a female lead in the film. Despite the fact there are well-known faces featured in the film, stay tuned to know more about the film. 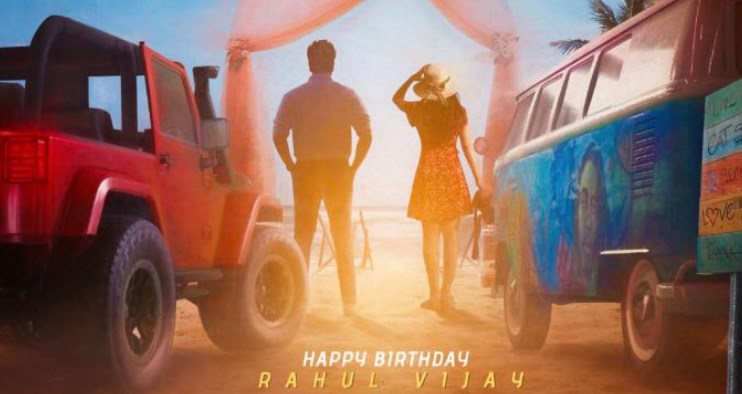 Maate Mantramu starring, Rahul Vijay, Megha Akash, Rajendra Prasad, Vennela Kishore, Abhay Bethiganti, Viva Harsha, and Siri Hanumanth, and the film was directed by Abhimanyu Baddi, with cinematography has done by Manoj Reddy, Music has composed by Hari Gowra and the film produced by Sushanth Reddy and Abhishek Kota under the banner of Trippy Flix Studios and Kota Film Factory.

Megha Akash has been doing pretty well across the languages as she has wrapped a few Telugu films and some films like Raviteja’s  Ravana Sura and Adit Arun’s Prema Desam are under production.

Maate Mantramu marks a proper lead hero film for Rahul Vijay as his web series called Kuda Yedamaithe was acclaimed well and he and the makers seem super confident about the film, however, the film’s digital rights details haven’t been announced yet as we can expect all the details after the film got released in theaters.

Maate Mantramu trailer has not been released yet.

When is Maate Mantramu OTT Release Date and Time?

Not Declared, Maate Mantramu makers have not yet announced.

Not Declared, Maate Mantramu movie makers have not divulged yet.

Is Maate Mantramu hit or flop?

Not Declared, Maate Mantramu movie has not been released so we can not say Hit or Flop

Is After Maate Mantramu available on Netflix?

Maate Mantramu is billed as a romantic love story as the film tells the magic of conversation.