Maa Neella Tank Web Series Review: Sushanth, hero from Akkineni family has come up with few movies earlier and faced rejection from the audience. However he tasted success with “Chi La Sow” movie and now coming with a web series named “Maa Neella Tank”. Let’s get into the detailed review of this series, which is available for streaming on Zee5 platform and find out if this is worth watching your time. 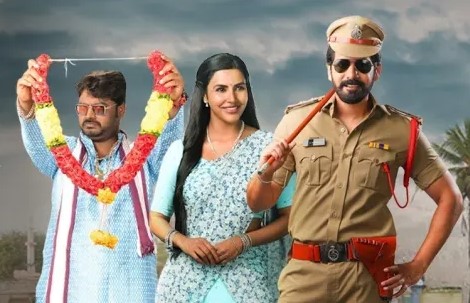 Surekha leaves the village all of sudden, as she is forced to marry Gopal. Gopal who is heart broken climbs up the water tank in the village and threatens of suicide. Issue is then informed to the local Police officer Vinod, who has to convince Gopal that he will bring back Surekha at any cost and goes in search of her. How did Vamsi handle the situation later and meet Surekha, what are the situations thereafter forms rest of the story.

Director Lakshmi Sowjanya who previously presented us a family and love entertainer “Varudu Kaavalenu”, once again came with a light-hearted love and comedy drama. Series looks good in parts throughout its runtime, yet fails to completely entertain with the interesting plot point. While the series started off with some fun scenes, gets tedious with some already seen love scenes and story that we have experienced in the past.

Sushanth as Vinod looks okay in the role of an officer who wants to get transferred to a city. Priya Anand looks good in only a few scenes. Sudharshan will definitely make you laugh with his dialect and comedy timing in many scenes he has featured. All the other actors did their part well as needed.

Technically this series looks very average. Cinematography by Arvind Vishwanath is very average and the music by Naren RK Siddhartha is okay. Director Lakshmi Sowjanya who was partly successful with her first outing, once again looks like partially sucessful in presenting us a simple story in village backdrop.

Finally, Maa Neella Tank is an entertainer that can be streamed for its humor and emotions.