Love Reddy movie OTT Release Date, Cast, OTT platform, Time, Trailer, and many more details can be available in this article. Love Reddy is expected to hit the screens on March 31, 2023. Small-scale films have been doing pretty well in Telugu, in recent times there are some best films had hit the box office and made the producers get profits. However, now a new team is back with an interesting flick called Love Reddy which is touted to be a romantic entertainer helmed by debutant Smaran Reddy. 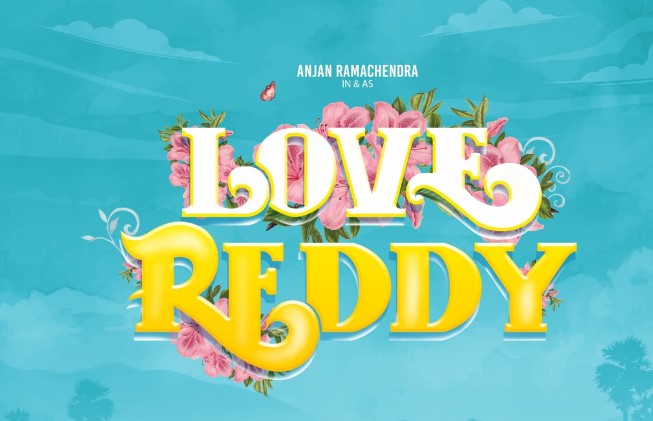 Love Reddy’s first look was unveiled by Nandamuri Balakrishna and after releasing the poster he extended his wishes to the cast and crew of Love Reddy. However, Love Reddy’s first look is quite impressive, and makers are planning to release the film in March 2023, despite the fact that there is some interesting information about the film stay tuned for a while to know.

Love Reddy shoot has been done about 80% and most of the shoot was done at the border of Karanataka, and makers have said that the distinctive locations made the film look quite different from the regular romantic entertainers. However, the remaining 20% of the shoot will be wrapped very soon, and most of the shoot has been going around Bagepalli, Karnataka and a few sequences will be shot in Andhra Pradesh and Karnataka border, as per the sources the story demands that location and looks quite good on screen. Well, if everything goes well as planned then love reddy will hit the screens on March 31, 2023, stay tuned with us we will update you.

Love Reddy ott release date is tentatively 31 May 2023 but the Digital rights details haven’t anounced yet. Love Reddy makers bringing new talent to Tollywood right from the actors to technicians all are mostly newcomers, kudos to the producers Naveen Reddy, Sumalatha Reddy, and Sushmitha Reddy. It’s not easy to make a film with newcomers, there are many calculations going on in producers’ minds but someone should dare and invest in them, otherwise, new talent will never come. During the launch of the poster, Nandamuri Balakrishna also said to the makers that they have the guts to produce the film. However, if the content is good then there is no need to fear.

Love Reddy shoot will be wrapped very soon and immediately it moves to post-production, and makers are planning to release the film in March 2023. However talking about Love Reddy’s digital rights, as of now there is no information about who acquired the digital rights but all the information will be disclosed after the theatrical release until then stay tuned with us.

Anjan Ramachandra making his debut with this film and he looks quite good in the first look, while launching the first looks he expressed his excitement and said can’t wait to show you the movie, and Shravani plays the female lead and this film marks her debut as well, hope the film brings the success and help in their career. Prince Henry is composing the music and he has done a few films before, and Himal Mohan is the cinematographer of this film.

Love Reddy will be a rustic film that has all the elements that will connect all sections of the audience, however, talking about the OTT release date, the film is expected to hit the screens in March, well we can expect the OTT release date in May 2023, stay tuned with us we will update you once we get the official confirmation.

Love Reddy makers haven’t revealed what the story is about but as we go by trailer, the film is set on the Karnataka border where the hero hails from Andhra Pradesh and the heroine hails from Karnataka and how they fell in love, and will their love succeed is the crux of the tale.

Anjan Ramachandra and Shravani are the main lead and the rest of the cast will be anounced by the makers very soon once they will anounce the details we will update you. Smaran Reddy directs the film, Prince Henry composes the music, Himal Mohan cranks the camera, Chota K Prasad takes care of the editing of the film and the film is produced by Naveen Reddy, Sumalatha Reddy, and Sushmitha Reddy under the banner of Geethansh productions.

Love Reddy hasn’t been dropped by the makers and we can expect the trailer in February, however, makers have released a glimpse of the film where we can see the lead actors’ introduction if you want to watch it do check it out below.

When is Love Reddy OTT Release Date and Time?

Not Declared, Love Reddy movie makers have not yet announced.

Not Declared, Love Reddy movie makers have not divulged yet.

Is Love Reddy hit or flop?

Not Declared, Love Reddy movie has not been released so we can not say Hit or Flop

Love Reddy is billed as a romantic entertainer set in Chikballapur located in Karnataka, love reddy seems to be a different love story that is expected to hit the screens on March 31, 2023.