Hanuman Birthplace is Tirupati: The Tirumala Tirupati Devasthanam (TTD) Board has recently announced their findings and research papers regarding the Birth Place of Lord Hanuman. After having strong proofs the TTB board has announced that Lord Hanuman’s birth place is Anjanadri Hill, one of the seven hills on which the world-famous Lord Sri Venkateswara Swamy temple is situated. 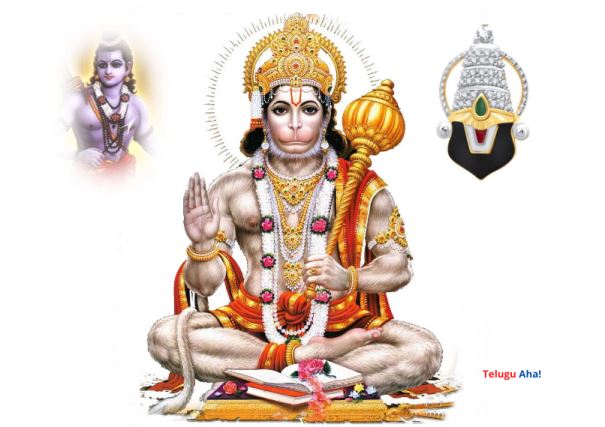 On the eve of Sri Rama Navami, the TTD board has claimed that Anjaneya was born in Tirumala hills and showed with evidences and some of the ancient scripts such as Paraasara Samhita, Brahmanda Purana and Skanda Purana.

TTD has declared that Japali Theertham near Akasha Ganga waterfall in Tirumala Hills as the birthplace of Lord Hanuman. The board members have stated that they established the fact that Tirumala is the birthplace of Hanuman after four months of intensive research. The proofs ad findings are as follows.

How was Lord Hanuman born?

Based on Bhavishyottara Purana, Brahmanda Purana and Skanda Purana evidences collected by Annadanam Chidambara Sastry, “Lord Hanuman mother Anjana Devi was the daughter of Goutama Maharishi-Ahalya couple. Later, Goutama Maharishi gave his daughter to a monkey leader. After having marriage with Kesari the couple went to Anjanadri hills to get the blessings of Lord Siva for a kid. With the blessings of Lord Siva, Anjana gave birth to Hanuman at Anjanadri,”

Who is Dr Annadanam Chidambara Sastry?

Dr Annadanam Chidambara Sastry holds PhD on the thesis from the Andhra University, Visakhapatnam, four decades ago. He is from Prakasam district of Andhra Pradesh has done extensive research on the birth place of Lord Hanuman. With many references from various ancient devotional literature such as Valmiki Ramayana, he came to the conclusion that Lord Hanuman’s birth place is indeed Anjanadri hill.

Sastry started his research from 1972 on ‘Andhra Vangmayam lo – Hanumath Katha’. To prove that Anjaneya belongs to Telugu cult, he referred to hundreds of Tala Patra grandhams (palm-leaf books), Paraasara Samhita, old spiritual, devotional and mythological books at many libraries.

After his research, Dr Sastry came to a conclusion that Lord Hanuman was born in Kapila Theertham, Tirumala Tirupati. Later he approached the TTD authorities, Hindi Dharma Pandits and explained them with his research findings. With his findings and research papers TTD has appointed a committee to solve this mystery. The committe also strongly approved that Lord Hanuman was born in Tirumala Tirupati Hills.

There are also Hindi Gurus who opposes the TTD claim, Swami Gopalananda Baba claims that Hanuman’s birth place is in present Jharkhand. Swami Govidananda Saraswathi opines that Kishkindha, near Hampi (Karnataka), is the birth place of Hanuman while some suggest that Gokarna is his birthplace and some others believe that his birth place is in Gujarat. But, Sastry refutes all those claims.