Liger Movie Review: The latest sensation of Tollywood Vijay Devarakonda spreading his wings with the film called ‘Liger’, the film has generated a lot of curiosity since it was announced and one of the reasons is Vijay Devarakoinda’s first PAN India film and once the trailer dropped by the makers and the curiosity got twofold. 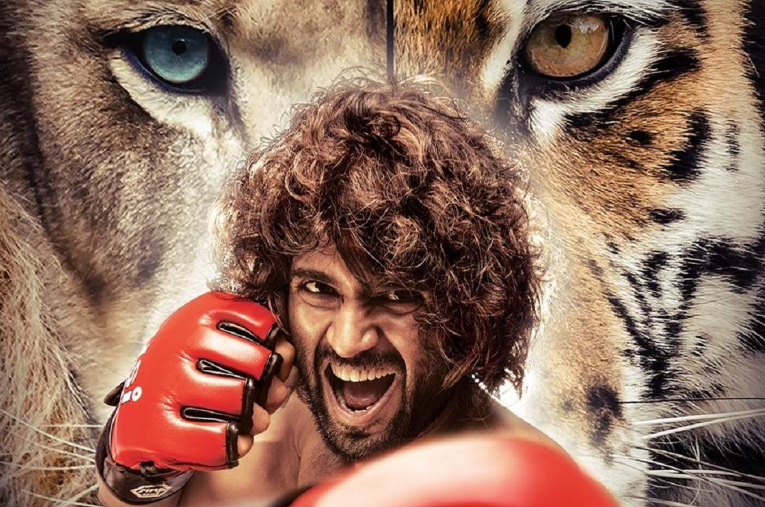 However, the makers have promoted the film across India, and of course, as we all know how Vijay Devarakonda involves in promotional activities, Despite the fact that carrying humongous expectations the film got to release today August 25, 2022, and without any delay let’s jump into the in-depth review and find out whether the film lives up to the expectations or not.

Liger’s story narrates that Balamani(Ramya Krishna) and her son Liger(Vijay Devarakonda) hail from Karimnagar and aftet his father’ death in Mixed Martial Arts, Balamani and Liger moved to a city called Mumbai, where the duo starts a ‘Chai’ business for survival, Eventually, Balamani wants her son Liger to become a great boxer, However, things are not smooth as it seems that Liger needs a lot of money to become champion where twist arises in the tale that Balamani reveals about Liger’s father, Finally, who is Liger Father? what was the backstory of Balamani? will Liger become a Boxer ? to know all these you need to watch the movie.

Liger starring Vijay Devarakonda and Ananya Pandey played the main lead and Ramya Krishna, Ronit Roy, Vishu Reddy, Ali, Makarand Desh Pandey, and Getup Srinu are in pivotal roles the film was written and directed by Puri Jagannadh, while the cinematography has done by Vishnu Sarma, Music is supervised by Azeem Dayani, while the film edited by Junaid Siddiqui and the film produced by Puri Jagannadh, Charmee Kaur, Karan Johar, Apoorva Mehta, and Hiroo Yash Johar.

Boxing backdrop movies are very in Telugu, there are few but brilliant films like Srihari’s Badhrachalam, Pawan Kalyan’s Thammudu, However, after a long gap dashing film maker Puri Jagannadh came up with this theme, well the story starts like regular Puri Jagannadh’s hero introduction with an action sequence, later the tale shifts to Mumbai where we get to see some drama between Balamani and Liger but over a period we get bored with that drama as Puri Jagannadh is known for his hero’s characterization and thought-provoking dialogues which we can see a lot in Liger but those are not enough for a PAN India film.

The first half went with good but not so engageable as it seems like Puri Jagannadh stretched all the drama and love story in the first half only so that he can focus the whole second half with Boxing sequences and Myke Tyson scene but that seems misfired because the core emotion didn’t land well in the first half and it affected the second half too, however, if the first half could have chopped few scenes then it might work out.

Vijay as Liger is good as he shines so well in most of the scenes with stammering but he failed in showcasing a few core emotions still we should appreciate his transformation to look like a boxer, Ananya Pandey has no scope to perform, Ramya Krishna as Balamani is just brilliant, her body language, dialogue deliver every nuance added so much to the character, Ronit Roy, Vishu Reddy, Ali, Makarand Desh Pandey, and Getup Srinu does their part well.

Puri Jagannadh is known for his taking, hero’s characterization, and dialogues,  we can see puri’s mark in this film but not like his old movies, this time he mostly concentrated on the story rather than the hero, However, he succeded in engaging the audience from the start to end.

Technically Liger looks top-notch as we can see every penny in every frame, Vishnu Sarma’s cinematography is good and the film’s background score is done by different musicians from Bollywood and supervised by Azeem Dayani, songs are not up to the mark, the background score is good and rest of the technical departments did their best.

Finally, Liger is an engageable boxing drama that can be watched by every section of the audience, and for Vijay Devarakonda fans it’s a visual feast.