Lakshya Telugu Movie Review & Ratings: Naga Shaurya who tasted the success of his last film Varudu Kavalenu has one more film got released on December 10, 2021, in theatres. It’s a sports drama film written and directed by Santosh Jagarlapudi. Romantic fame Kethika Sharma is playing the female lead in this film. Sharath Marar and Narayan Das Narang have jointly produced this film under Sri Venkateshwara Cinemas LLP and Northstar Entertainment Pvt Ltd banners. Kaal Bhirava who is the son of MM Keeravani has composed the music for this film. 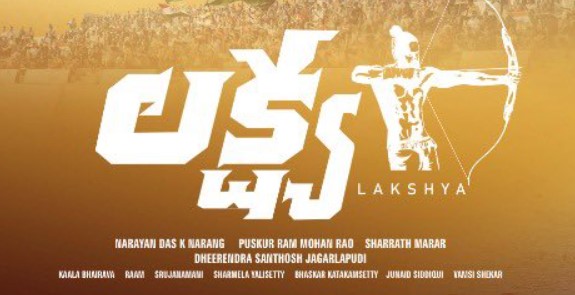 Laksha movie is all about an ace archer who excelled in archery in spite of all odds in his endeavor.  Naga Shaurya who is careful about taking up projects has opted for a new subject based on archer sport.

Laskhay Movie has done impressively at the box office. As this film is all about sports particularly archer, it’s received well by the audience. It managed to collect over 5 crores on the first day itself. It’s believed that the film would collect over 10 crores in the first week.

Naga Shuarya appeared in this film with a six-pack has acted very well in this film. He has undergone body transformations for sake of this particular role. He looked quite distinct from his previous film. His action and being appeared as an archer is quite commendable.

One can enjoy watching this film with the whole family and it’s like a family entertainer. Kethika Sharma who debuted with Puri Akash in her first film Romantic has acted well in this film. It highlights the struggles and journey of an ace archer who wreaked pinnacle in the archery sport.