Lakshya Movie Box Office Collection Worldwise: Naga Shaurya is one of the young heroes to be appearing on the silver screen with six-packs in his latest movie Lakshya. This film is released on December 10, 2021, in theatres. Naga Shaurya took it very seriously and did undergo body transformations for this role. This film is running quite impressively. It’s written and directed by Dheerendra Santhosh Jagarlapudi and bankrolled by Sri Venkateshwara Cinemas and Northstar Entertainment. Kethika Sharma is the leading female actress in this film. It stars Jagapathi Babu and Sachin Khedkar in key roles. 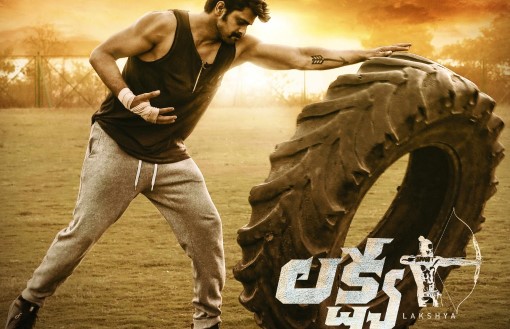 Lakshya movie is a sports drama film featuring Naga Shaurya in the lead role.  It’s all about an ace archer who became champion eventually in this film. It talks about the setbacks and struggles he overcame to become excellent archery.

Lakshya movie is one of the most anticipated movies in Telugu as it’s completely on sports drama. A young hero Naga Shaurya who acted in love movies has done a different role as compared to his previous movies.  Laskhya movie was released on December 10, 2021, theatrically. The movie has managed to collect over 30 crores in the first week after the movie was released.

Disclaimer: The Above given Worldwide Collections details and numbers are taken from the different official sources available on the Internet. This Website doesn’t give any authenticity for these valuations. But the given details are not totally false and they are more close to the truth.