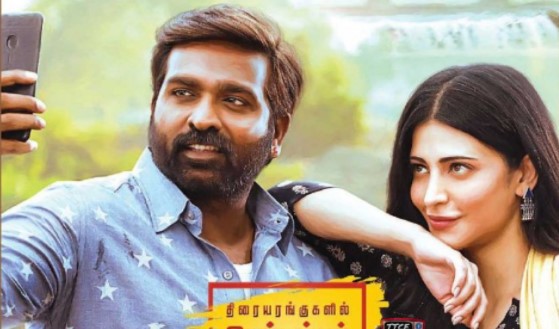 Laabham is an Action Thriller movie. Story revolves around war between Vijay Sethupathi and Jagapathi Babu. Vijay sethupathi plays the role of Social Activist who believes in communists Priniciples and works hard for the welfare of workers. Whereas jagapathi babu is a Capitalist. The Clash between these two will be the crux part of the story.

Vijaysethpathis previous movie Purampokku Engira Podhuvudamai also Directed by Late Jananathan but this movie failed in boxoffice. Laabam’s Shooting was started in 22 April 2019. Releasing was getting Postponed only because of Corona Pandemic Restrictions.

Makers have finallised to release the movie in Theatres on 9th September 2021. Amid many speculations of Direct ott release movie is now heading in public. Vijay Sethupathi at many times striked down romours of ott releases. As if now Ott rights details aren’t announced by film makers.

If everything goes well in theatrical release of Laabam on 9th September 2021 then Ott Release date can be expected in October 2021. This is the Last movie for Late Director S.P. Jananathan.