Kriti Shetty Upcoming Movies List: Krithi Shetty is a popular South Indian film actress and model. The Telugu film Uppena marked her first appearance in front of the camera. At a young age, Krithi Shetty began her career as a model. She began her career in advertising at a young age, appearing in commercials for a variety of companies. She did commercial work for brands like Idea, Vivel, Yippee, Knorr, Blue Star, Shoppers Stop, Parle, Life Buoy, Clean n Clear, Cadbury Silk, and Fashion Unlimited. 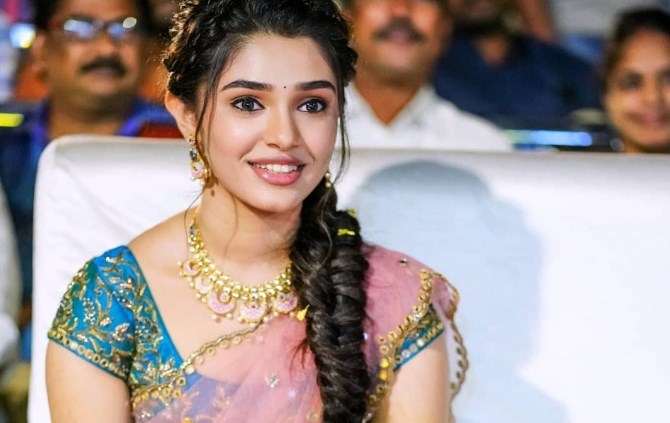 Aa Ammayi Gurinchi Meeku Cheppali, in which Sudheer babu also stars, is set to premiere this week. and Surya, who acts in both Tamil and Telugu, will soon be appearing in a film called Vanangaan (Achaludu in Telugu). The title of Venkat Prabhu’s other film has not yet been revealed.

We wish the best of luck to Kriti Shetty and any upcoming film projects. Keep checking back as we add the names of the film’s actors, actresses, and directors.