Krishna Vrinda Vihari Movie Review: Naga Shourya has been doing different kinds of films in a commercial format, unfortunately, non of the films fared well, However, his lineup looks quite interesting and, Krishna Vrinda Vihari is one among them, well the film’s trailer grabbed the attention of lot people and makers have been confidently promoting the film, Despite the fact the film finally got to release today September 23, 2022, well, let’s dive into the in-depth review and find out whether the film is worth watching or not. 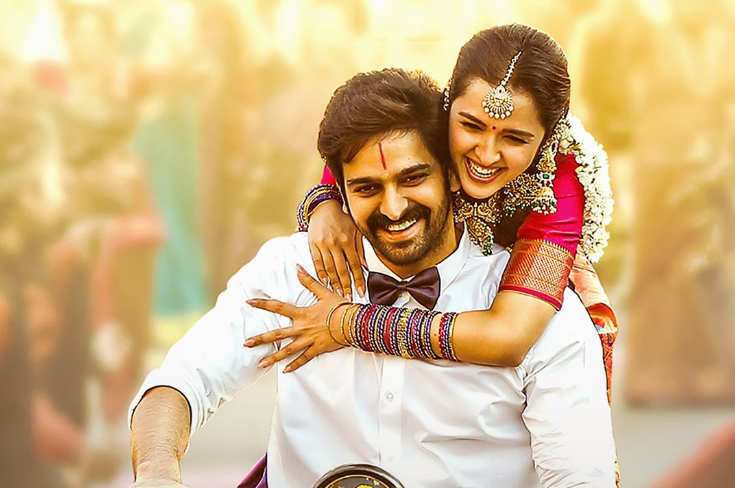 Krishna(Naga Shourya) hails from a village and belongs to a brahmin family, After getting a job, he leaves for the city where he fell in love with Vrindha(Sherley Setia) who is in complete contrast to him, finally how two distinct mindsets fell in love? will they hold their love forms the rest of the story?

Naga Shaurya, Shirley Setia, Radhika Sarathkumar, Vennela Kishore, Sathya, Rahul Ramakrishna & Others, and the film was directed by Anish R Krishna, while cinematography has done by Sai Sriram, Music is composed by Mahati Swara Sagar, while the film edited by Tamiiraju and the film Produced by Usha Mulpuri under the banner of Ira Creations.

Krishna Vrinda Vihari is an outdated story yet the film partly engages you with some comedy blocks but only comedy can not save a film, end of the content is the king and Krishna Vrinda Vihari failed in coming up with engaging content, In a way, it might work at the Box Office because the film has family sentiment which can easily make the family audience come to the theaters.

The film takes time to establish all the key characters and after that, the film has no direction, where we can see some comedy blocks, love tracks,s and songs, and the second half is even tougher to watch with the same comedy, love scenes and songs, sadly Krishna Vrinda Vihari failed to engage from the beginning to end, unfortunately, emotions didn’t land well.

Naga Shaurya is just like his previous films, his character has no layers to perform and he needs to focus more on his acting and debutant Sherley Setia as Vrindha has nothing to perform but she looks beautiful on screens and Radhika Sarathakumar has less screen space, Vennela Kishore, Sathya and Rahul Ramakrishna saved the film for a while.

Though Anish R Krishna’s debut film Ala Ela failed he was impressed with his writing after that Lover also didn’t do well and now Krishna Vrinda Vihari, he completely failed in engaging the audience.

Technically Krishna Vrinda Vihari is good as Sai Sriram’s cinematography is not up to the mark and Mahati Swara Sagar who always impressed with his songs but none of the songs of this film registered and he is good in background score and rest of the technical team did their best.

Finally, Krishna Vrinda Vihari is a one-time watch film only for a few sections of the audience.