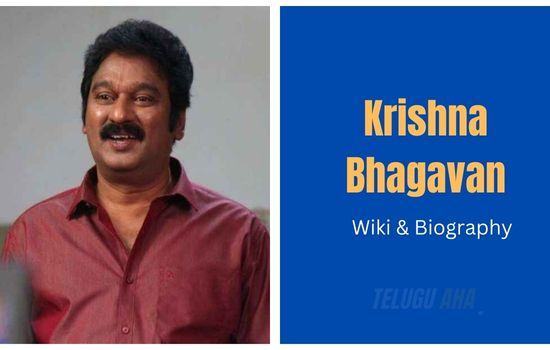 Before he went to graduate school in Kakinada, he went to Kaikavolu for his elementary and secondary education. He finished the tenth grade there before going to Andalamma College for his intermediate studies. He moved to Hyderabad to finish college there. He went to Ambedkar Degree College in Baglingampally, Hyderabad, and got a degree in commerce.

He worked hard to get his master’s degree in business. But after being turned down by every college he tried to get into, he lost interest in school and became more interested in movies.

Since he was in school, he has had a strong desire to act. While he was in school, his brother Dr. Mangaraju pushed him to take part in stage shows and small plays. He started out as a performer. In his first play, a drama called “Pending File,” he played Parandhamayya. But as soon as he got on stage, he got lost and forgot everything about his part. But he was able to do it, and as a theatre artist, it was a big deal for him.

Then he went to Chennai to start his career in movies. Kranti Kumar had a chance to see the movie, so he went. He was one of 300 people who took the test. He got the chance to play a role in that movie. The filming had to be cut short in the middle because the film producer died.

Vamsy then directed the movie Vidudala, in which he also acted. He wrote the script for that movie as well. When he played Babji in the TV show Vasantha Kokila, which was made and directed by his friend Uppalapati Narayana Rao, his acting career really took off. Because of this role, he became well-known, and the Andhra Pradesh State Nandi was given to him as a reward. His career was launched by later movies like Kabaddi Kabaddi and Avunu Valliddaru Ista Paddaru.

After he became a well-known comedian, Krishna Bhagavan started getting offers to play the main character in movies like John Appa Rao 40 Plus, Bommana Brothers Chandana Sisters, Mr. Girisham, etc.