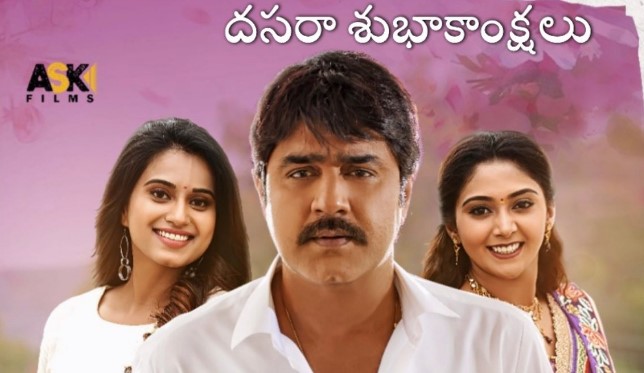 Kothala Rayudu Movie Seems to be a Family Comedy Drama. Srikanth’s Character role details and Plot details are yet to be revealed by writer officially. Dimple Chopade and Natasha Doshi Plays female Opposite characters.

Story, Screenplay and Direction was done by Sudheer Raju himself. As Kishore and Kolan Venkat jointly bankrolling this Project under banner of ASK Films. DG Vasanth has composing music for this film.

Posani Krishna Murali, Satyam Rajesh, Chandra Mohan, Pridhvi raj, Sudha and others Playing supporting roles. Muhurtham of this movie started in July 2018. Most Part of the shots taken in beautiful locations of Bangalore, Rajahmundra and others areas.

Srikanth’s Kothala Rayudu shooting might have Completed. It is one of the Long Waiting movie.  Theatrical Release dates and OTT Details of the film are yet to be announced. Kothala Rayudu Seems to be a Village Backdrop Movie.

Kothala Rayudu Movie may hit big Screens by the end of this Year. Most Part of the filming and Production has come to an end. Kothala Rayudu Makers have wished Audience a Happy Dussehra with a New Poster.