Keerthy Suresh Upcoming Movies List: Indian actress Keerthy Suresh mainly performs in the Tamil, Malayalam, and Telugu film industries. She is the daughter of producer Suresh Kumar and actress Menaka. In the 2013 Malayalam film Geethanjali, Keerthy played her first lead role after making her acting debut as a young actress. She debuted in Tamil with the romantic comedy Idhu Enna Maayam Opposite Vikram Prabhu, for which she received the 5th South Indian International Movie Awards. 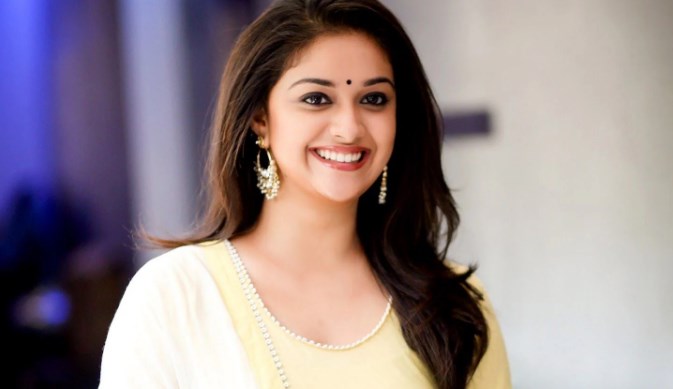 With Nenu Sailaja opposite Ram Pothineni, she made her Telugu acting debut. In her Tamil-Telugu bilingual biopic titled Mahanati, directed by Nag Ashwin, and Pspk25, directed by Trivikram, she will play the late southern actress Savitri. Pawan Kalyan and Keerthy Suresh will play the film’s lead roles. She received a Tollywood offer for her first Telugu movie, Nenu Sailaja, the following year. Despite this, she traveled in the Tollywood industry and won the Zee Cinema Awards for Best Debut Female thanks to her acting skills. She subsequently signed the five Tamil films Rajini Murugan, Thodari, Remo and Bairavaa, and Paambhu Sattai.

Maamannam Tamil films like Dasara (starring Nani) and Bhola Shankar (starring Megastar Chiranjeevi) are set to release soon. Keerthy Suresh has a promising filmography in the works, and her recent successes—”Sarkar vaari paata” in Telugu and “Vaashi” in Tamil—have drawn a lot of attention to her.

While the movies will undoubtedly show Keerthy Suresh in a new light. For more information on the actors, actresses, and directors of upcoming movies, keep checking back with us.