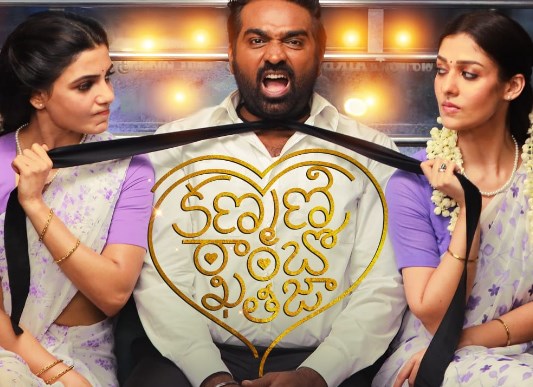 Kanmani Rambo Khatija is a Complete Romantic Comedy film. Vijay sethupathi plays the role of Rambo, Nayanathara as Kanmani and Samantha as Khatija. Its a Triangle love Story drama. What happens at last. Whom Vijay sethupathi loves and marriages, at last, is going to be the interesting part of the film.

This movie is actually shot in Tamil. There it is released as Kaathu Vaakula Rendu Kaadhal. The shooting of this film began in December 2020 and after many postponements production got completed by December 2021.