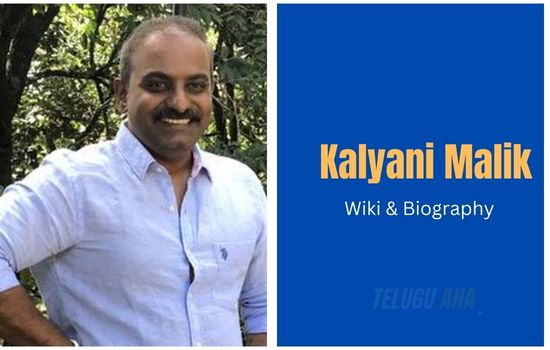 Kalyani Malik’s history and upbringing will soon be changed. As of right now, we don’t know what kind of education he had or where he went to school.

Kalyani Malik was born in Kovvur to Siva Shakti Dutta and Bhanumathi. She was raised there. He is related to the filmmakers S. S. Rajamouli, S. S. Kanchi, and M. M. Srilekha through his brother, the composer M. M. Keeravani. Kalyan is very interested in the arts, especially music and movies.

He started helping his older brother, the musician M. M. Keeravani, when he was young because he was good at what he did. His uncle, K. V. Vijayendra Prasad, is a famous screenwriter in Tollywood. He is a follower of Mallikarjuna Swamy, so he changed his name to Kalyani Malik and now goes by that name. He began using the name Kalyana Ramana in 2017.

Kalyan’s first role was in the Telugu movie Palletoori Pellam, where he sang in a chorus for songs that his cousin brother, MM Keeravani, had written. After that, Kalyan’s career took off quickly. He looked to the famous MM Keeravani for musical ideas and direction. Kalyan’s career as a playback singer took off when the song “Sannajaji Puvva” from the 2002 Telugu movie Yuvaratna came out.

Kalyan worked with MM Keeravani on his compositions and also sang in the chorus and as a playback singer. Over time, he went out on his own and started working as a music director for TV shows and commercial jingles. Kalyan’s big break in the business came when he did the music for the popular Telugu movie Aithe.

After the success of the Aithe soundtrack, Kalyan went on to write the music for a number of hit movies, including Manasu Maata Vinadu (2004), Boss I Love You (2006), Ashta Chamma (2008), Ala Modalaindi (2010), Golconda High School (2011), Oohalu Gusagusalade (2014), and Kalyana Vaibhogame (2015). Also, he was in charge of the sound for Baahubali: The Beginning, which is SS Rajamouli’s masterpiece. Kalyani Malik is a well-known music composer for Telugu movies. He has won many awards for his work.