K3 Kotikokkadu Movie Review: Kotigobba is a Kannada film franchise starring Kichcha Sudeepa in the main role, that has been successful with 2 parts released in Karnataka. 2nd part of this film has been dubbed into Telugu as ‘Kotikokkadu’ and now the third part of this film has released in theatres today without proper promotions in Telugu states. Let us get into the detailed review of this Kannada dubbed Telugu movie, to know if this movie is worth watching in theatres. 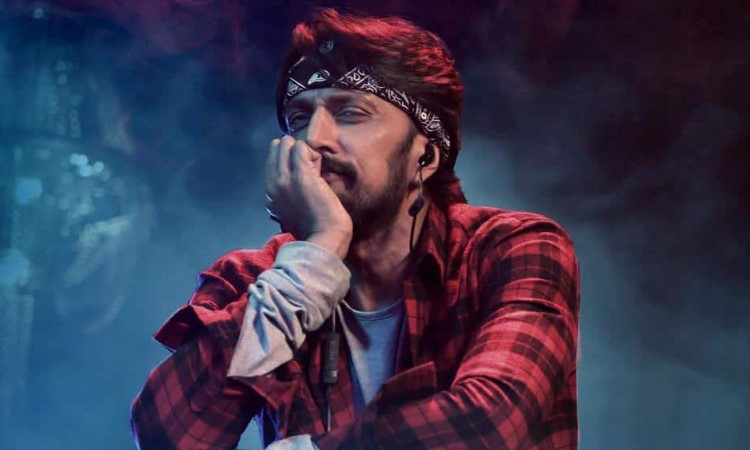 As in K2, “K3 Kotikokkadu” picks up with Satya expanding his operations to an international scale. He is able to pull off more elaborate frauds and heists. He is now on Interpol’s radar. International businessman Devendra is another victim of Satya, who makes off with all of Devendra’s cash, valuables, and company secrets. The chasing canvas changes to an international theme. Satya engages in a dangerous game of cat and mouse with the villainous Devendra and Interpol. In the meantime, ACP Kishore, who was himself jailed in the previous episode, is making attempts to apprehend Shiva in order to bring the twins’ criminal activities to light.

K3 Kotikokkadu is a movie that totally targets the fans of Kichcha Sudeepa in Kannada. Story of this film is age old and previous two parts from this franchise run on similar plot with an expected twist at the end. You might feel the scenes are repeated from the previous parts, except for the locations, as the character from the movie moves to a foreign location. But the execution and the scenes look similar most of the time, that are already seen in the first two parts of the movie.

While it comes to acting, Kichcha Sudeepa did a good job as an actor, but this isn’t the role that challenges his capability as an actor. Madonna Sebastian is used only for the glamour part and this applies for another actress in the film, that is Shraddha Das. Actor Ravishankar is a brilliant actor, there is no doubt about it, but in this movie we got witness the over the top performance of the actor that might be irritating some times. Aftab Shivadasani was okay in the role of an international cop. All other actors did their part as required for the story.

Technically K3 Kotikokkadu looks very average. Though the movie has been shot in some of the beautiful locations outside India, cinematography by Shekhar Chandra looks very routine with the frames. Music composed by Arjun Janya is also poor, but the background music in some scenes might connect with the mass audience, as it elevates the character and the scene. VFX are very poor and production values are not up to the mark if Kichcha Sudeepa film after Vikrant Rona movie.

Director Shiva Karthik just followed the formula that has been used in the previous parts and hasn’t added anything new that could excite the normal audience as well.

Overall, K3 Kotikokkadu is a below average movie that can be watched only if you are a big fan of Kichcha Sudeepa.