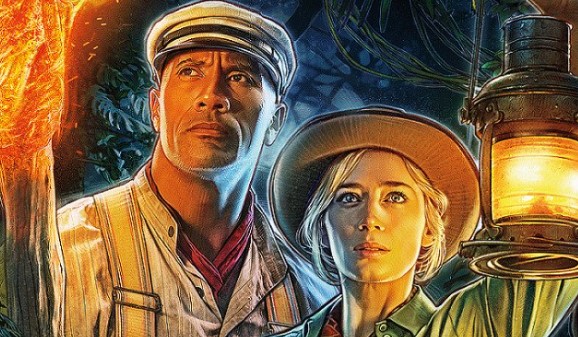 Jungle Cruise is based on Disney lands theme park where a group of travellers will be taken through a riverboat. In middle of their journey they seen dangerous animals, reptiles, and also a Super natural Element.

Its a 200 Million dollar Budget movie jointly bankrolled by John Davis, John Fox,Beau Flynn, Dwayne Johnson, Dany Garcia and Hiram Garcia. Shooting was began in May 2018 and wrapped up September. Post Production has taken more time because of adding special and graphic effects.

Jungle Cruise is the biggest Budget Hollywood film already got released in theatres in July 2021. In india it is releasing on Hotstar in Three languages Hindi, Telugu and Tamil on 24th September. It is most awaited movie in the world. Budget is around 200 Million dollars.

Jungle Cruise Movie is all set to release on Hotstar Ott on 24th September 2021. It is releasing in 3 languages in India in Telugu, Tamil and Hindi. This Big Movie is Produced under banners of WaltDisneyPictures, DavisEntertainment, SevenBucks Productions and Flynn Picture Company