Jilebi Movie OTT Release Date: Vijaya Bhaskar is a well known director in Telugu who directed many notable comedy and family entertainers in the past. His last directorial movie ‘Masala’ was an official remake of Hindi super hit ‘Bol Bachchan’ and later Vijaya Bhaskar didn’t make any films in Telugu. Vijaya Bhaskar’s new film pooja ceremony was held recently and movie title is confirmed as ‘Jilebi’. 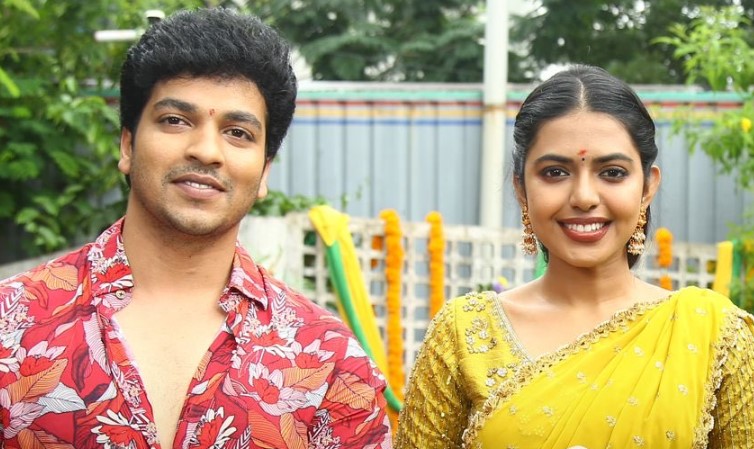 Jilebi movie stars Sree Kamal and Shivani Rajashekar in the leading roles, other cast of the film is yet to be finalized and announced by the movie team. This movie is directed by Vijaya Bhaskar and produced by Gunturu Rama Krishna on SRK Arts production banner. Music is composed by Manisharma and cinematography is handled by Satish Muthyala.

Vijaya Bhaskar is the director who have directed superhit films like ‘Nuvve Kavali’, ‘Nuvvu Naku Nachav’, ‘Manmadhudu’, that were comedy and family entertainers.

Director Vijaya Bhaskar teamed up with director Trivikram Srinivas for most of his films in writing previously and Trivikram was the chief guest for the pooja ceremony of ‘Jilebi’ film. Movies that were made in the collaboration of Trivikram are all blockbusters for Vijaya Bhaskar. Jilebi movie is yet to commence the shoot and digital rights information about this film is not known as of now.

Jilebi is debut film for actor ‘Sree Kamal’, who is son of director Vijaya Bhaskar, while Shivani Rajashekar has already made her appearances in few of Telugu and Tamil movies. Hope Sree Kamal gets recognized for his acting skills and receives more opportunities in the future with this movie. Jilebi movie is aiming for a theatrical release, OTT release date will be announced only after successful theatrical run.

Jilebi movie team has just started the shoot of the film and trailer of this film is yet to be released.

When is Jilebi OTT Release Date and Time?

Not Declared, Jilebi movie makers have not yet announced.

Where can we watch Jilebi?/ Where Can I see Jilebi?

Not Declared, Jilebi movie makers have not divulged yet.

Is Jilebi hit or flop?

Not Declared, Jilebi movie has not been released so we can not say Hit or Flop

Is Jilebi Movie available on Netflix?

Is Jilebi available on Prime Video?

Is Jilebi available on Aha Video?

Is Jilebi Movie available on Hotstar?

Jilebi movie marks a comeback for director Vijaya Bhaskar in Telugu film industry and debut for his son ‘Sree Kamal’. Hope this movie becomes a superhit both for the director and actor.