Jhansi Web Series Review: Anjali’s Jhansi has finally arrived today on Disney + Hostar, However, this series marks Anjali’s debut on OTT and she seems super confident about the series during the promotions of the series, interestingly this series has a lot of action sequences which are completely new to Anjali and that’s what grabbed audience attention, well, without any delay lets jump into the in-depth review and find out whether it’s worth your time or not. 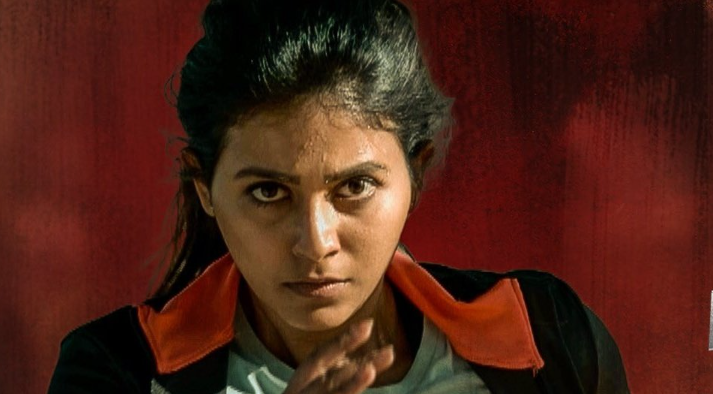 Jhansi(Anjali) is a brave girl who struggles with her bad past, sadly she lost her memory, but her enemies haunt her to kill, However, she goes on a quest to know her past and kill her enemies, what is her past is the crux of the story.

Jhansi starring, Anjali as the main lead, and Mumaith Khan, Kalyan Master, Raj Arjun, Sharanya, and Samyuktha Hornad are in pivotal roles, while the series helmed by Thiru and Arvind cranks the camera and Family Man web series fame Yannick Ben will choreograph action sequences and the series produced by R. Krishna produced the series under the banner of  Tribal Horse Entert

We rarely see action web series in Telugu, I think Jhansi is the first action web series, talk about the series, the series starts off quite interesting with the protagonist who lost memory, and Jhansi trying to recall her past but she couldn’t crack it, this whole sequence made us curious and takes us into the Jhansi world but after a while, I don’t think an audience can still be in the Jhansi’s world, they get bored with a flat screenplay throughout the series, the series failed in holding audience attention as the way the series holds in the beginning.

Anjali’s character is designed interestingly but the charters have to deal with a lot of layers which is actually the major point of the series as all the layers haven’t been presented properly, if her layers were dealt with well then the series could have been much better, there are brilliant action blocks which makes you glued to the seat in every episode but it’s very tough to hold the attention just with action.

10 episodes of this series partly make you engage, every episode has its moments but few worked out well, the pace sort of drops as the series navigates toward the end and that’s the biggest drawback for the series. Despite the fact, that should appreciate for the action blocks were designed soo well.

Talking about the performances, Anjali, as Jhansi is partly good as her character and has many layers but she failed in emoting but should appreciate her doing heavy stunts, Chandni Chowdary has a limited role as she doesn’t get a role to show her performance, Adarsh character is so weak and rest of the cast did well.

Thiru has good writing skills but a few portions in the series could have been written even better and he partly succeeded in engaging the audience.

Technically, Jhansi is good, Aravind’s cinematography is good throughout the series as he makes us involved with his framing and shot compositions and the background score could have been better and the rest of the technical team did well.