Jathi Ratnalu TRP Ratings: Jathi Rathnalu is the Biggest Hit Tollywood Movie in 2021. In the Beginning of year it was released. Luckily Just before the Pandemic it has bagged many record in Collections world wide. Naveen Polishetty, Rahul Ramakrishna, Priyadarshi and Faria Abdulla Played lead role in this movie. Anudeep KV has directed this movie while it was Produced by Nag Ashwin under banners of Swapna Cinema. 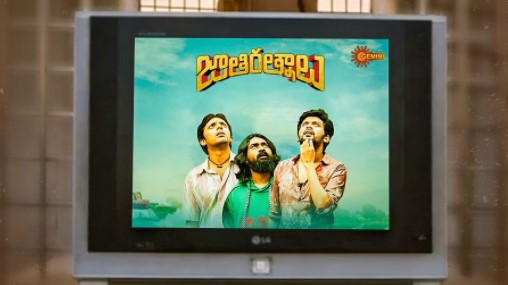 Jathi Ratnalu records in US

Jathi Rathnalu was released in theatres world wide on 11th March 202. Just after it released it has made a blockbuster collection in first week itself. Then on it went onto bagg records in US also. Jathi Rathnalu is the First Telugu Movie to collected 1million dollars in few days after its release.

Soon Pandemic Second wave started in the Country which made all the theatres to shutdown. This movie on the whole collected upto 65 crores till now. Movie was produced with a budget of just 4crores which is very less compare to Collections.

After bagging records theatrically, Jathi Ratnalu is on way to set records in TRP Ratings also. Gemini TV has Purchased the Satellite Rights of this Movie. This movie Telecasted on Telivision for the first time on 22nd August 2021 on Gemini TV at 6pm. TRP Rating will be given every week. Now the latest TRP Ratings of this movie is yet to come.

Gemini TV is Expecting high TRP Rating for this Jathi Ratnalu Movie. Below we will update you about the TRP Ratings of Jathi Rathnalu. As if Now 11 points of rating is being expected by the experts as well as Gemini TV Presenters.

Jathi Ratnalu is a Comedy packed Family Drama Movie. This movie will set Good records in TRP Ratings also. Keep visiting our website to get latest updates of these TRP Ratings.