Ippudu Kaka Inkeppudu Movie OTT Release Date: Ippudu Kaka Inkeppudu Movie is the Romantic drama Movie all set to hit big screens on 6th August 2021. Yantrapragada Yugandhar is the writer and director of this film. Many controversies have surrounded this Picture before its release. Some register case in cyber crime that devotional song was mixed with Adult content which is hurting Hindu religious sentiments. 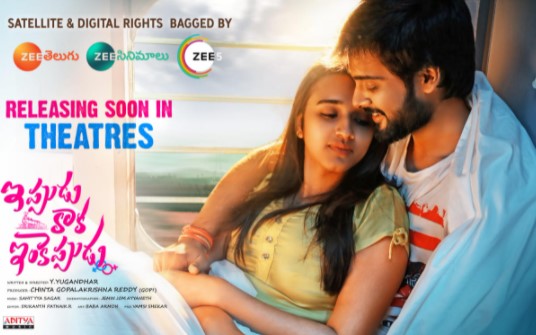 Complete story seems to be a romantic entertainer. Recently trailer was also release. Many adult content scenes were shot. This movie goint to be only a youth entertainer and couldn’t be a family entertainer.

Chinta Gopala krishna Reddy Produced this movie under banner of Sri Chakraas Creations. Sahitya Sagar composed music while Cinematography was done by Jemin Jom Ayyaneth. Below are the rest of the details of this movie.

Ippudu Kaka Inkeppudu Movie is all set to Hit Big Screens on 6th August 2021. Digital Streaming Righst Details of it aren’t announced officially by the film makers. Before its Release a case was also register on this movie saying that it hurting hindu Sentiments.

If Everything Goes well in theatrical release of this film then OTT Release can be expected in September / October 2021. Buzz is also surrounding that Zee5 has bagged its digital streaming rights. Many Adult scenes were shown in trailer so this movie can’t be watched with family.

Watch Movies only in OTT’s or in Theatres only. Keep Visiting our Website for Updates on Latest Movies OTT Releases, Reviews, Satellite Rights and Many More.