Ichata Vahanamulu Nilupa Radu Box Office Collection: Ichata Vahanamulu Nilupa Radu Starring Sushan in the Main lead role is all set to hit big screens on 27th August 2021. After many speculations and Postponments Now Makers have finalised to release it in theatres. S Darshan has Directed this Movie and Suresh Bhaskar Penned Diaglogues for this film. Meenakshi Chowdhary is playing the female lead role opposite to Sushanth. 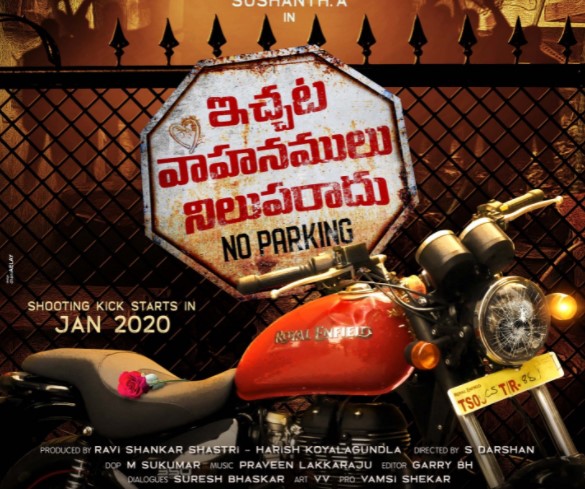 Sushanth Anumolu has been Active in Tollywood since 2006 with his first movie Kalidasu Costarring Tamanna. He is nephew of Akkineni Nagarjuna. Though he is from the biggest family in tollywood he coudn’t bagged any hits. His second movie Current and Third movie Adda and other movies done Average. None of his movie was a block Buster.

He Played Supporting role in Ala Vaikuntapuramulo movie which was a block buster movie and also bagged highest TRP rating on Telivision Premiere.

You may like: Sridevi Soda Center Box Office Collection Worldwide

After Many years Sushshant Has Comeup with a Good story line Ichata Vahanamulu Niluparadu. This Movie was launched long back in 2019 and first trailer was released in March 2020 just before start of Pandemic. If there wasn’t any Corona restrictions then movie would have released in 2020 itself.

Trailer of this movie has got Positive response from Critics as Well. Story seems to be revolving around his bike. By the Release trailer it was clear that this going to be an Action Drama Picture. Ichata Vaanamulu Niluparadu would be a Good Comeback for Sushant in Tollywood Industry.

Four Movies have lined up for release along with Ichata Vahanamulu Niluparadu on 27th August 2021. Among these 4, Sridevi Soda Centre and Ichata Vahanamulu niluparadu are big movies and House Arrest and Suryasthamayam are Small budget Movie.

Sushants Movie has to compete with Sudheer babu’s Sridevi SodaCentre in theatres. On first day itself it needs to collect atleast 2 crores gross all over Ap and Telangana. Below we are giving you the expected Boxoffice Collection List of Ichata Vahanamulu Niluparadu