We have seen multiverse concepts mostly in Hollywood, but Vikram fame Lokesh Kanagaraj has brought this concept to our films with Kamal Haasan’s Vikram, as he is going to connect Karthi’s Kaithi and Vikram, and he is planning to make many films in this multiverse. Now in Tollywood, there are a few films being made to create multiverses, like Awe movie fame Prashanth Varma’s plan to create the Prashanth Cinematic Universe. The first film is Teja Sajja’s Hanu-Man, which is going to connect with the movie Adhira, and recently HIT makers have announced that they are going to create HITverse and they are planning this HITverse, which will have seven parts. Recently, HIT 2 was released and got a good response. 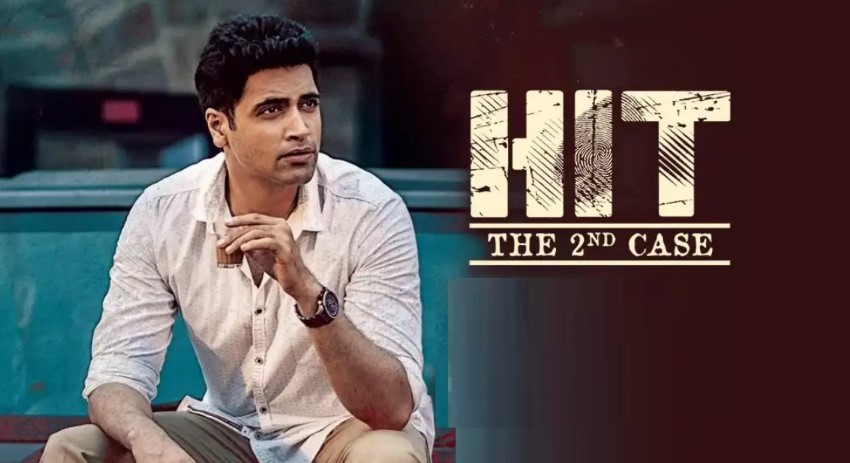 After the events of HIT: The First Case, in which Vishwak Sen portrayed Vikram Rudraraju, HIT: The Second Case picks up. The story shifts from Telangana to Andhra Pradesh and HIT 2 takes on a fresh case.  Krishna Dev, also known as KD (Adivi Sesh), works as an SP with Visakhapatnam’s sleeper HIT (Homicide Intervention Team). He only has to solve killings that were the consequence of family disputes. So much so that KD even refers to these criminals—who don’t even cognitively challenge him in the slightest—as “Kodi Burralu.” With his partner, a shop owner named Aarya (Meenakshi Chaudhary), and his beloved puppy Max, he finds domesticity at home. KD is soon forced to sit up and take notice as things shift. A girl’s body is horrifyingly exhibited after being brutally dismembered. He must sift through a lot of red herrings and hints to figure it all out.

Adivi Sesh’s birthday coincided with the release of the first trailer for the film. The movie has been delayed a number of times, but when it finally came out on December 2, 2022, it received excellent reviews right away, which gave them more confidence. and HIT 2 climax gave a brilliant experience to Nani fans to see him as Arjun Sarkar in HIT 3. Currently, in post-production, Nani’s upcoming big-budget movie Dasara is complete. Following immunization, Nani will begin shooting Hit 3 immediately. The filmmakers have announced the OTT platform name that Amazon Prime Video has acquired the digital rights and if you want to watch the full movie online then you need to wait a few more days.

Hit teaser and trailer raised expectations if you want to watch the trailer then you can watch it here.

Adivi Sesh’s Hit 2 was made with a budget of 16 crores and it has opened an in impressive number on day1 that the film has collected on day 1 is 6.5 croes, day2 around 5.3 crores and it has ended at the box office around 28 crores,producers were quite happy with the result and they are planning to make hit 3 with lavish budget.

Hit 2 has got brilliant reviews from the day 1 from the audience and critics as well, one of the reason to get good reviews is the screenplay and the suspense hold the audience attention till the climax. Hit 2 ratings are quite impressive and if we talk about IMDb ratings the film has got around 7.6/10 with 2027 votes.

Hit 2 becomes one of the best thrillers in Tollywood and the film was released on December 02, 2022 as we know the films digital rights are acquired by Amazon Prime Video and we can expect the digital premiere in January first week.