Highway Movie Review: With his debut movie ‘Dorasani’ Anand Deverakonda failed to impress the audience, but he was successful with his second film ‘Middle Class Melodies’ that released on digital platform directly. Pushpaka Vimanam which failed in theatres, was successful on OTT platform and that could be the reason actor chose direct to digital release for his new film ‘Highway’. 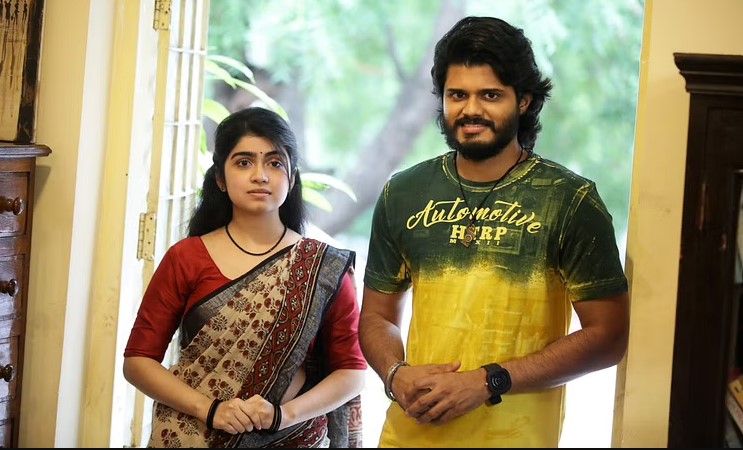 Highway is available for streaming on Aha OTT platform from today and let’s get into the detailed review of the movie, if it is worth watching our time.

A photographer by profession goes on a road trip and in the journey falls for a girl. At the same time a psychopath hunts down 5 women and leaves no clue to the Police department. The connection between these murderer and the photographer forms the rest of the story.

Highway movie has some scenes that are interesting to watch in parts, but the overall making of the movie will definitely make you scratch your head. Movie looks so clueless with the narration and screenplay. Many scenes in the movie look very uninteresting and boring. Director have followed a way old formula in narrating a simple thriller. Climax of the movie also looks very unrealistic and routine to the core.

Anand Deverakonda has to improve a lot in terms of acting. He looks expression less in many of the scenes that needs the performance to elevate the situation. Saiyami Kher looks okay in the role of investigating officer. Abhishek Banerjee is only actor in the movie, who impresses with his performance and the actor slayed it in the negative role, though we have seen him in similar roles in Hindi. Satya tries to create fun needed in between and all other actors did their part well.

Technically movie looks okay. Background music composed by Simon K King adds the required mood for the film. Cinematography by KV Guhan looks okay, though the movie has some good locations that can be captured in a beautiful way. KV Guhan once again came up with a thriller story and failed to impress the audience with his making, just like his previous film ‘WWW’.

Finally, Highway is impressive in parts and keeps you intrigued.