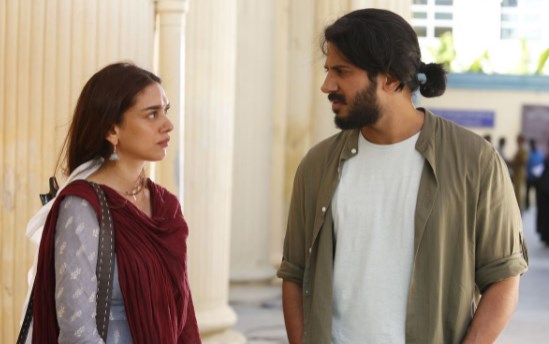 Hey Sinamika is Romantic Drama Story. Dulquer Salmaan appears a Yaazhan, Kajal Aggarwal, as Malarvizhi and Aditi Rao as Mouna. Yaazhan and Mouna both love each other and marry but problems start between them after marriage. Yaazhan starts relation with Malarvizhi and things change interesting which is the core point of the film.