Hebah Patel’s B & W Movie OTT Release Date: Despite the flops, Hebah Patel has been getting chances, recently she come up with a film called ‘Odela Railway Station’ directed by Sampath Nandi which was directly released on the Aha OTT platform, However, she acclaimed with her performance and that bold character was one of the toughest and challenging characters in her career, Although she back with another interesting flick called B&W(Black & White) directed by L.N.V. Surya Prakash and produced by Padmanabha Reddy, Sundeep Reddy. 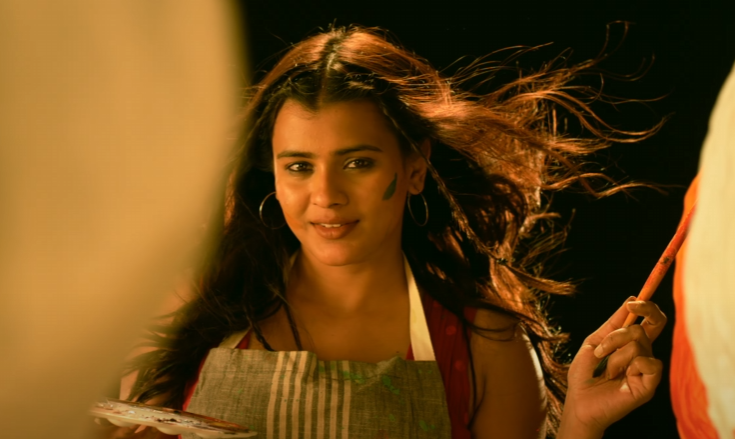 The story narrates an independent girl who struggles with her breakup and lives her life with no commitment, no restrictions, and no control and she celebrates her freedom of her, However, some unknown things start happening in her house, what is happening in her house is the crux of the tale.

Hebah Patel, Surya Srinivas, Lahari Shari, Naveen Neni & Others, and the film was directed by Surya Prakash, the cinematography has done by T. Surendra Reddy, music has composed by Ajay Arasada, the background score has done by Asheer Luke & D. Suman J and the film produced by Padmanabha Reddy, Sundeep Reddy under the banner of SR Arts / A U & I Studios Pvt. Ltd.

B & W trailer was launched by Tollywood’s ace writer Vijayendra Prasad and he extended his wishes to the team of Black & White. However, the teaser hasn’t revealed, much about the film as the trailer cut was quite interesting and Many characters are shown as suspicious.

Currently, Hebah Patel has been doing back-to-back films and B & W is one among them, however, the film is under post-production and once the post-production works are done the makers will come up with a release date and talk about who acquired the digital rights of B&W as of there is no information about that as we can expect all the details once the film got released till then, stay tuned with us.

Apart from Hebah Patel, comedian Naveen and Bigg Boss Telugu fame Lahari are playing important roles, however, as we go by trailer it seems that the entire film runs in a single location which is Hebah Patel’s house, let’s see how this film engage, However, as of now makers haven’t announced the OTT release date as we can expect the OTT release date after the 45 days theatrical release, till then stay tuned with us.

When is B & W OTT Release Date and Time?

Not Declared, B & W movie makers have not yet announced.

Theatres, B & W will hit the screens very soon.

Who bought B & W OTT Rights?

Not Declared, B & W movie makers have not divulged yet.

Not Declared, B & W movie has not been released so we can not say Hit or Flop

Is B & W Movie available on Netflix?

Is B & W available on Prime Video?

Is B & W available on Aha Video?

Is B & W Movie available on Hotstar?

B & W is billed as a thriller and the film will hit the screens very soon.