Harsha Vardhan Wiki and Biography: The Indian actor Harsha Vardhan is well known for the roles he has played in Telugu movies. In the movies BFH: Boyfriend for Hire and Ante Sundaraniki, Harsha played a small part. As of 2022, Harsha’s most recent movie to be shown in theatres was Ante Sundaraniki. 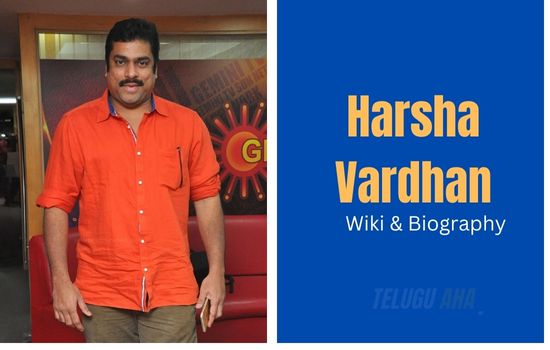 Harsha Vardhan is well-known in his native language, Telugu, where he acts and writes. On October 9, 1974, he was born in the city of Rajam in the Indian state of Andhra Pradesh. He went to L.B. College in Visakhapatnam and got his degree there.

He is not only an actor; he also plays music and directs movies. The popular TV shows Amrutham and the Ruthu Raagalu both had parts for him. He wrote the scripts for the Telugu movies Gunde Jaari Gallanthayyinde and Manam, an epic drama, and directed about 30 of them.

Harsha thinks that TV has more of an effect on society than movies because it can reach more people. He has always wanted to be a musical director, and he can also sing. Harsha freely says that he is a very confused person. Not only is he unhappy all the time, but he is also very messy. One of his goals is to be better known and more famous. Harsha is still single, and he has always liked it that way.

He has made a lot of movies, and some of the best ones are “Chal Chal,” “Dalam,” “Lovely,” SMS,””Play,””Gaganam,””Gaayam 2,” “Pournami,” “Athadu,” “Aithe,” and “Anukokunda.” Oka Roju Indian actor, writer, and director Harsha Vardhan is known for his supporting roles, especially in Telugu movies, which are made in his native language.

Positive things have been said about his works SMS, Kulu Manal, and Chal Chal. He is in movies like Courier Boy Kalyan (2015), Katha Vichitra (2015), Bangaru Kodipetta (2014), and Power (2014). He is also in TV shows like Amrutham and Ruthuragalu. She also played a role in the Hindi movie Poorna.