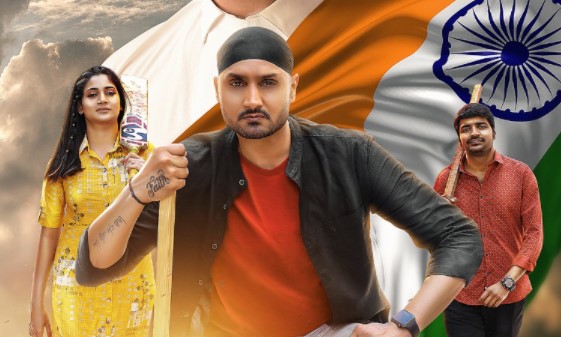 MS Bhaskar, J Sathish Kumar, Venkat Subha, Vettukkili bala and others plays the role of supporting characters. JPR and Stalin Produced it Under banner of Seantoa Studios and Cinemaass banners.

DM Udhaya kumar Composed Music while Cinematography was done by Santha Kumar C. This movie will release in Hindi, Kannada and Telugu languages also along with tamil original.

Friendship Movie is all set to hit big screens world wide on 17th September 21. Theatrical Release dates and Ott rights of it aren’t announced by any of the film makers. Since Harbhajan Playing in Chennai superkings team, He was called by some tamil movie makers to act in main lead role.

If Everything goes well in theatrical release of this movie on 17th September 2021, then Ott Release date can be expected in october / November. Makers said that this Friendship movie will be dubbed in Hindi, kannada and telugu languages.