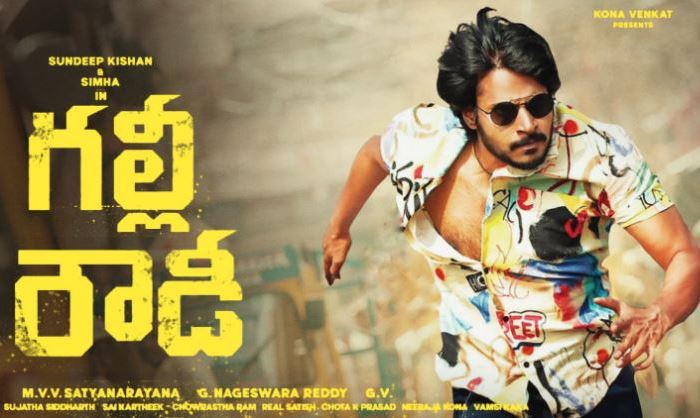 Is Gully Rowdy Movie a Remake?

There are many rumors that Gully Rowdy is a remake of the 2015 Tamil dark comedy Naanum Rowdy Dhaan, which had Vijay Sethupathi and Nayanthara in the lead roles. However, after watching the teaser, it is clear Gully Rowdy and Naanum Rowdy Dhaan have nothing in common except for their intention to make the audience laugh their guts out.

The teaser opens in a backdrop of Vizag city, with the arrival of a new rowdy in town. However, he doesn’t seem to be a seasoned criminal. Sundeep makes small settlements and one fine day he is asked to do a kidnap in a land settlement row. Though Sundeep hesitates, he gets convinced by the female lead Neha Shetty. This kidnap tale takes many twists and turns and a powerful cop in the form of Bobby Simha steps into the scene.

The movie will be available in OTT platform once after its theatrical release. We can expect the Gully Rowdy movie OTT release date in mid 2021. As always, we will keep you updated on the future of Gully Rowdy and the official release date for the movie if anything changes.