Grandhi Srinivas Biography: YSRCP MLA, Grandhi Srinivas is an Indian politician and a Member of Legislative Assembly from Bheemavaram Constituency. He is one of the notable politician in Andhra politics and well known face from West Godavari district, AP. On this page, we are going to check out the Grandhi Srinivas Biodata: Family, Caste, Education, Background, Cases against him and other details. 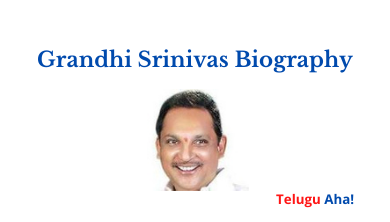 During 2004 to 2009, he was a Member of AP Legislative Assembly, represented the Bhimavaram constituency. Later in 2014, he joined YSR Congress Party but lost to Ramanjaneyulu Pulaparthi (Anjibabu), who is from TDP. In 2019 general elections, he won as an MLA from YCP against his opponents Pawan Kalyan who is the founder of Janasena party (JSP) contested in Bheemavaram and Pulaparthi Ramanjaneyulu who is from Telugu Desam Party (TDP).

He is from Kapu family which comes under OC sub caste.

His son name is Sagar who married recently in 2017.