Here is the latest buzz about Keerthy Suresh’s upcoming film Good Luck Sakhi OTT Release Date, Digital Rights and satellite rights. Good Luck Sakhi that was directed by acclaimed director Nagesh Kukkunoor. Latest buzz in Tollywood circles says that this film has gone to Amazon Prime Video and they will release it online in the days to come. The deal is almost fixed and clarity will be out soon. Good Luck Sakhi also has Jagapathi Babu and is a sports drama. 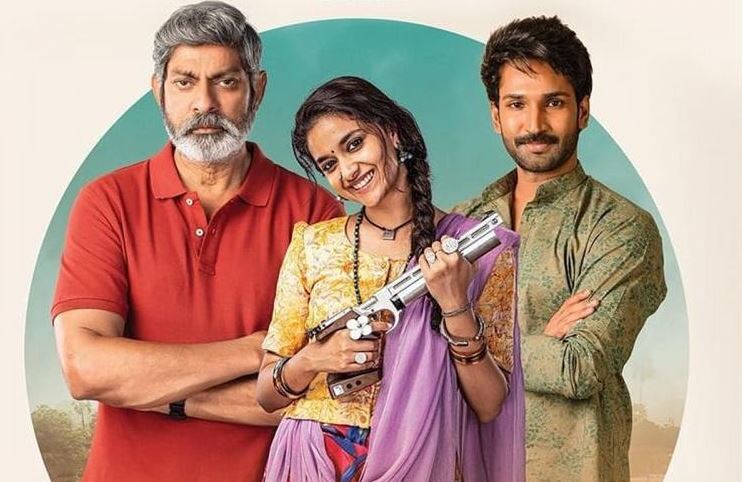 The makers of Keerthy Suresh starrer Good Luck Sakhi recently announced the release date along with a poster from the movie. Good Luck Sakhi is slated for theatrical release on June 3. The film marks director Nagesh Kukunoor’s debut movie in Tollywood. Prior to Good Luck Sakhi, he is known for his work in movies like Hyderabad Blues, Dor and Iqbal.

The sports drama film stars Keerthy Suresh, Aadhi Pinisetty and Jagapathi Babu in lead roles. It is also likely to feature actors Rahul Ramakrishna and Rama Prabha. It is one of the most anticipated Telugu films of 2021. Good Luck Sakhi was shot simultaneously in Tamil, Malayalam and Telugu. Devi Sri Prasad will be composing the background score and music tracks for the film. Cinematography will be handled by Chirantan Das. The movie is presented by Dil Raju and bankrolled by Sudheer Chandra Padiri. Shyavya Varma is on board as the co-producer as well as stylist for Good Luck Sakhi.

What is The Movie All About?

Mahanati fame Keerthy Suresh will be seen in the titular role of Sakhi in the movie. The plot revolves around Sakhi, a skillful shooter, but someone who is infamously known for her bad luck and hence, ironically, is known as good luck Sakhi in the movie. Meanwhile, Aadhi will be essaying the role of a traditional theatre artist and Jagapathi Babu will be portraying Keerthy’s coach in Good Luck Sakhi.

The word coming out says that this film has gone to Amazon Prime Video and they will release it online only after the theatrical release of the film. The deal is almost fixed and clarity will be out soon. As always, we will keep you updated on the future of Good Luck Sakhi and the official release date for the movie if anything changes.