GodFather Telugu Movie OTT Release Date: Megastar’s Chiranjeevi’s 153rd Movie God Father went onto Floors recently for Shooting. First Look Poster and Title were Released a day before on the Occasion of Chiranjeevi’s 66th Birthday i.e. on 22nd August 2021. GodFather is a Remake of Mohanlal’s Malayalam movie “Lucifer”. Director Mohan Raja is going to make it in Telugu. The movie is being jointly Produced by Konidela Production and Super Good Films. 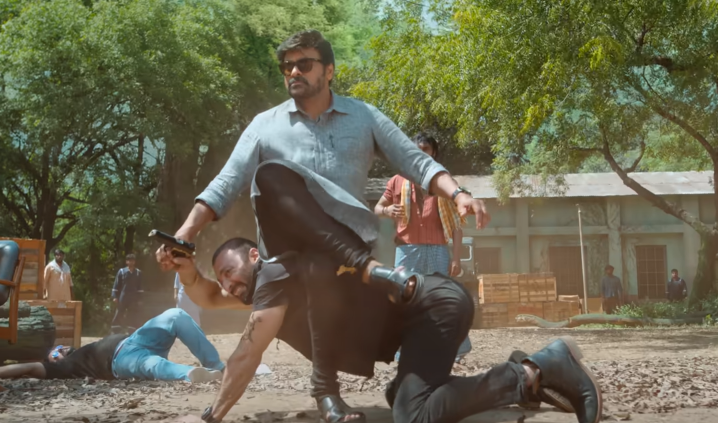 Chiranjeevi’s Upcoming God-Father is Completely an Action, Political Thriller Movie. It is the Remake of Mohanlal’s Lucifer Movie. The story revolves around Political conspiracies. The main lead role who acted as a Chief Minister Dies Suddenly. Party will be in search of the Successor. His Cruel Son-in-law tries to occupy his Place. He Starts offering Funds through his Illegal Business.

Besides all these one others Name seems to hear to Hold the Power who is an aide of the Chief Minister. All Thiefs, Political rivals try to blame his false allegations. The story is all about Finding the Successor to GodFather amid Conspiracies, allegations, and Manipulations. Director Mohan Raja may not does the exact remake, He would take only the basic plot from Lucifer and blend it according to Chiranjeevi’s Personality and Image.

Satyadev and Nayanathara are also Going to play the Lead role in this GodFather Movie. Salman Khan too will be making a Cameo Appearance. SS Thaman is Composing the Music first time for Chiranjeevi and Nirav Shah handling the Cinematography.

Chiranjeevi Appeared in a Mass Look in the Recent Released Title Poster. The back portion of Him was shown with Holding Gun wearing a Suit and Hat. Chiru’s Look in his 153rd Movie is Completely Looking Massive and Still unbelievable that he is 66 years of Age.

A majority of the scenes were filmed in and around Tirupathi, a city not far from Alipiri. Some months ago, someone uploaded a song from the film to YouTube, and ever since then, it’s been garnering a lot of praise.

Chiranjeevi’s God Father movie is one of the most awaited movies in Tollywood. Chiranjeevi’s Acharya movie is set to release in theatres by this year-end. There is no scope for the GodFather movie to release this Year As Many Movies have lined up for release till Sankranthi 2022. GodFather may not be a Complete Remake of Lucifer. Director Mohan Raja may take the basic Plot from the Movie as We can See that Chiru’s Look is Different from that of Mohanlal in Lucifer.

When is God Father OTT Release Date and Time?

Is God Father hit or flop?

Yes, Godfather will be available on Netflix after it’s theatrical run.

Chiru’s GodFather Original Movie Lucifer has bagged many records in Mollywood. It is one of the movies which entered in 100crore club. Lucifer made Boxoffice Collections of 50 crores in Just 4 days and 100 crores in just 8 days. It collected 150 crores in the first 21 days. This is the Fastest Collection Record set by Lucifer in Mollywood Industry.