Chiranjeevi’s Godfather Movie Review: Megastar Chiranjeevi’s previous movie ‘Acharya’ became a disaster and disappointed his hardcore fans to the core. Though the ‘Acharya’ movie got a disaster talk, his Godfather movie is unaffected with the pre-release business and finally released in theatres today with never seen craze for the films in Chiranjeevi’s career. Let us get into the detailed review of this star studded movie to know if this movie will become a blockbuster or will be another disaster that will disappoint the Telugu audience. 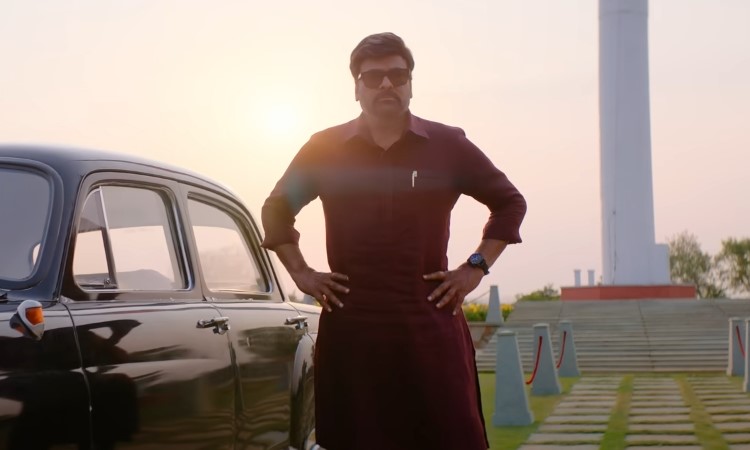 After the death of a political Godfather, a number of robbers posing as politicians seized power. Questions about the God’s succession are raised, revealing a few names along with the God’s exiled favorite Brahma. Sathyapriya, who is daughter of this political godfather is very unhappy with the people who recommended Brahma as the successor. What is the reason and the situations that made Sathyapriya to hate Brahma? How did Brahma help Satyapriya and her family from all the troubles? Who is Jaidev ?…all these questions will be answered by the end of the movie.

Godfather has all the elements that could make a larger than life kind of movie, but the execution of the movie looks like lost the path completely with unnecessary changes. Many people know that this film is an official remake of Malayalam super hit ‘Lucifer’, but the changes made in Telugu might make us feel that the soul of the original is missing. It is undeniable truth that Megastar second inning movies are not up to the expectations but movies are still made on very high budget that is affecttiing the distributors indirectly. Though the story of this action drama is simple, makers have opted for unnecessary buildups in the movie, that indirectly spoiled the movie. There are few characters in Malayalam original that has proper purpose in the movie, but those characters were completely spoiled in Telugu.

While it comes to acting, Megastar Chiranjeevi is a wonderful actor in the past, but he is struggling with his new films and trying to imitate himself on screen. There are many fans for the way he delivers the dialogues on screen, but from last few movies his dialogue delivery and acting looks artificial, however megastar once again entertained with his dance moves from the song ‘Thaar Maar’. Nayanthara was brilliant as usual and her character has scope to perform different emotions. Satyadev is seen in negative role that needs cruelty in the eyes and the actor done it perfectly. Salman Khan’s extended cameo role has nothing much to do. All other actors did their part well as required for the story.

Technically Godfather movie looks good. Music & Background music composed by Thaman is not that impressive, especially the background music is very loud in many scenes and it reminds many movies of Thaman from the past. Cinematography by Nirav Shah is good but the DI coould have been better, as most of the shots in the movie are witth over saturated colors. Few Fights will entertain Megastar’s fans. VFX looks very poor, though the production values are high.

Director Mohan Raja made few changes along with Lakshmi Bhupala & Murali Gopy to make the movie look like a commercial entertainer that could be close to Telugu sensibilities, but he forgot that audience has now access to worldwide cinema after the OTT platforms emerged. Audience will now watch any kind of cinema irrespective of sensibilities, if it has the right content.

Overall, Godfather is partly impressive and partly disappointing. But this movie has all commercial elements that could entertain the mass audience.