Gaalodu Movie Review: Sudigaali Sudheer became a superstar in Television Industry and to prove himself he made a few films as a hero. few have fared well and few weren’t but without losing hope he come up with another commercial flick called Gaalodu, well the team promoted it quite well, and finally, the day has come to decide his luck, well the film has released today November 18, 2022, and let’s jump into the review and find out whether the film is worth watching. 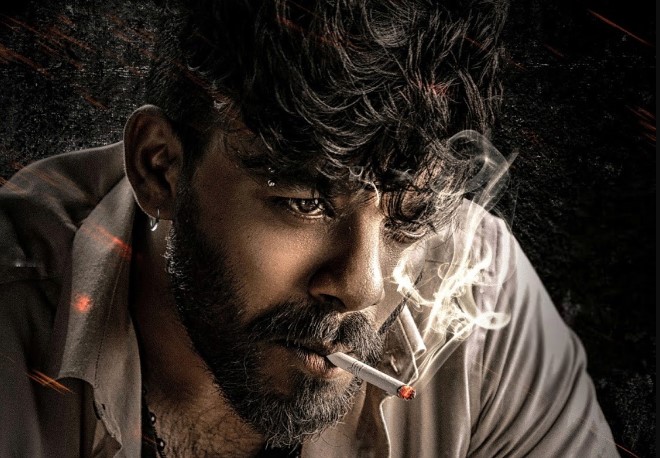 Raju(Sudheer) hails from a village, where he wanders as gaalodu, on a mission he lands in Hyderabad where he fell in love with Sukla(Gehna Sippy) when everything goes smoothly, twist arises in the tale when goons know who is Raju, Finally, who is Raju is what you can see in the film.

The days are gone for commercial films, now audiences want an engaging and different story but few makers still force the audience to watch their commercial films and talk about Gaalodu as a pakka outdated commercial flick that has no interesting and exciting factor to watch the film, the film starts off with routine protagonists introduction then mass beat which describes the hero’s character in and out, so these are the Gaalodu traits.

The first half has some Sudheer mark comedy blocks and a few other comedians also tried hard to make us laugh sadly it doesn’t work out, and it’s very hard to watch the later half with routine scenes, draggy screenplay and lackluster performances, except heroine glamour and few comedy scenes, Gaalodu failed in engaging the audience.

Sudheer as Raju is just okay as we have seen him doing comedy but suddenly when he is doing unbelievable action sequence on screen it’s hard to digest and it doesn’t suit him, if he would like to do more films as a hero better he should choose comedy films and Gehna Sippy has no scope but she impressed with her glamour for while she is breathing f0r the film and Shakalaka Shankar and rest of the casts are just okay.

Raja Sekar Reddy Pulicharla come up with a routine story and he completely failed in making the movie interestingly, better he should write unique stories.

Technically, Gaalodu is okay, Ramprasad’s cinematography is just like regular commercial films with heavy lighting and over-saturated colors and Bheems Ceciroleo’s songs are not up to the mark and his background score are also regular.

Overall, Gaalodu is an outdated commercial film and if you are a fan of Sudigali Sudheer then also you can give it a try.