Future Telugu Web Series OTT Release Date: Right now film making has drastically changed across industries, there is no scope for routine and regular stories, if you have a unique and different story then there is a huge chance of producing the film, even if you’re a debutant. however, You have to make a demo film to make producers believe in you, in these process lot of independent filmmakers have been making films and web series to prove themselves, as part of that a new Telugu indie filmmaker Pavan Kalyan has come up with an interesting series called ‘Future’. 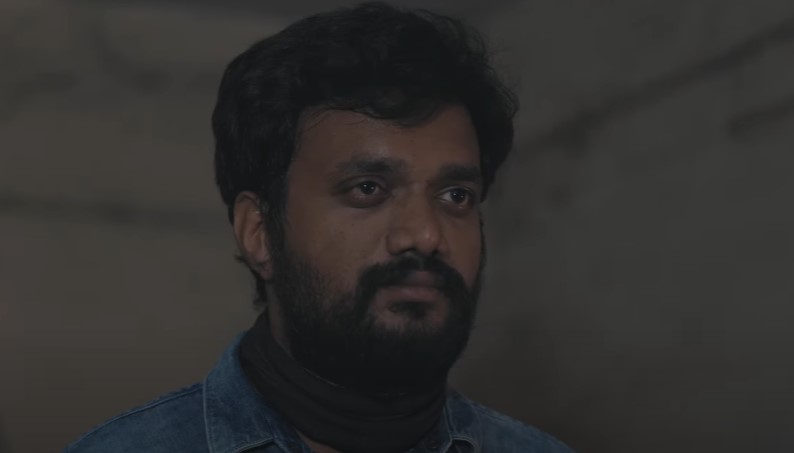 The series trailer was unveiled by ace director V.N. Aditya and he extended his wishes to the team of Future, stay tuned with us to know more about the series.

The story revolves around a person named Vishwa. Vishwa(Parteep) is a detective who is an expert in solving mysterious cases. But three murders that take place in the city tests his intelligence and at the same time he meets up a masked man who keeps an eye on him everyday. Investigating these cases throws Vishwa into a loop that never ends.

Parteep plays the lead role and Anand, Ghani Prajwal, Ranjan, Komal, Srikar, Venkat, and others, Pavan Kalyan directed the series, while Tulasidar & Pavan Kalyan cranks the camera, Uday Kumar composed the music, and Editing & DI have done by Pavan Kalyan, VFX done by Venkat Rendla and Sudeep Y. This series was produced by Pavan Kalyan himself.

The trailer seems quite intriguing though the series was made on a limited budget. The premise, intense background score, and stunning visuals made the series look rich, as per the sources makers shot the entire series under extreme conditions to get what they have imagined and after watching the trailer it seems that their hard work will be pay off.

Parteep plays the lead role in the series, he has done many short films and indie films as a lead role and ‘Aura’ is one of his best works among them. However, Future is going to be another best works of him, apart from him in the series all the cast and crew are newcomers, makers are planning to release the series through renowned OTT platform, well stay tuned with us once we get the official confirmation we will update you.

Without revealing much about the story, the trailer cut was done quite well however, if we dig deep into the trailer as it looks like a murder investigation thriller but under currently it has a concept of time travel. Talking about the release date, the makers are planning to release the first episode in January 2023.

When is Future Web Series OTT Release Date and Time?

Future Web Series will be available for streaming with each episode releasing every week from December 25, 2022

OTT, Future Web Series will be available for streaming on YouTube platform from December 25, 2022.

Not Declared, Future Web Series movie has not been released so we can not say Hit or Flop

Yes, Future web series will be available on YouTube for free streaming from December 25, 2022

Future Web Series is billed as a sci-fi investigative thriller that is expected to release in earlier 2023. Amid of love stories and comedies, hope this series brings the change with its interesting concept based on Sci-fi.