Four More Shots Please! Season 3 Telugu Review: Four More Shots is the title of the next season featuring the four kings. Season 2 ended on a cliffhanger, and fans have been waiting for season 3 ever since. Season 3 premiered on October 21, 2022, and the trailer generated a lot of anticipation. Without further ado, let’s dive into our in-depth review and find out if this series is worth your time. 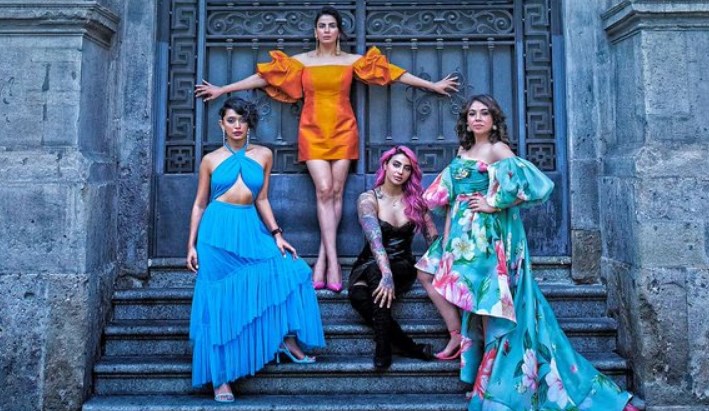 tears, laughter, and a heavy heart mark the end of a relationship. This is how we interpret the four female protagonists for the current season. They’re all carrying a lot of weight, and it’s weighing them down. This season, all four of them want to put the past behind them, but endings may be difficult.

Four More Shots is one of Bollywood’s most risky series. Please, as the first two seasons were well received, despite the series having adult content, the series talks about girls’ or women’s perspectives, and the makers dig deep into the story to tell what women actually want, and that is why everyone loved it, and that is why they are back with a third season to dig even deeper into women’s desires.

Season 1 showed how Damini, Anjana, Umang, and Siddhi muddled relationships and were confused by them; Season 2 showed how the four women handled any problem that arose; Season 3 shows relationships coming to an end, farewells being said, and the women looking to learn from their mistakes as they close one chapter and open another.

There’s a little bit of everything in each of the show’s ten episodes: love, sex, pain, laughter, and more. Viewers don’t have to commit to watching the series in order, and can instead choose any episode they like. There are a lot of boring moments in each episode, but we have the power to ignore them if we so want.

Some new characters have been introduced, and it’s been fascinating to see how they’ve altered the course of events for these four girls.

All four of the female leads (Kirti Kulharo, Sayani Gupta, Maanvi Gagroo, and Bani J) are excellent in their parts, and the rest of the ensemble is as competent.

This season, unlike the last, focuses more on the story than on explicit content, which gives viewers a breath of fresh air, and Joyeeta Patpatia deserves credit for his work in making the show so compelling.

Sanket Shah’s cinematography is impressive, the editor could have trimmed slow moments from every episode, and the rest of the technical crew did a great job, so the series looks great visually.

All in all, Four More Shots Please, Season 3 is a passable show.